Here is your Wimpy Weather Wimp ready for another day.  When I looked out the window around 8 this morning, I could see blue skies with few clouds.  The wind died down last night and it is quiet this morning.

After reviewing my comments this morning, I could tell I wasn't getting much sympathy from my readers.  Thanks for helping me get my head screwed on straight.   I must agree I shouldn't be complaining.  The desert needs the rain and it won't last for long.  In fact, as I stepped outside to let Yuma take his walk, I could feel the warm sun on my face and life is good again 👍

It was quite cool in the White Lion so for the first time I had two heaters going at the same time.  It started out at 37 degrees but will move up to 60 later today 😃  Nancy, Kissack Adventures had pictures of snow on Facebook in her backyard and she lives in Tucson.  Too close for comfort.

After a leisurely breakfast, Yuma and I headed for Crystal Hill around 11:30.  We drove the 10 miles north on hwy 95 towards Quartzite and made the turn at the sign. 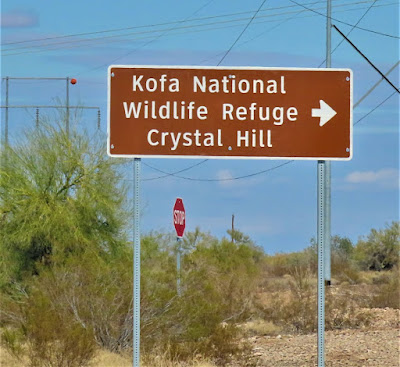 If I had known it was over five miles east on a bad road, I may have given it a second thought.  I'm hoping to bring home a crystal stone for Dolly! 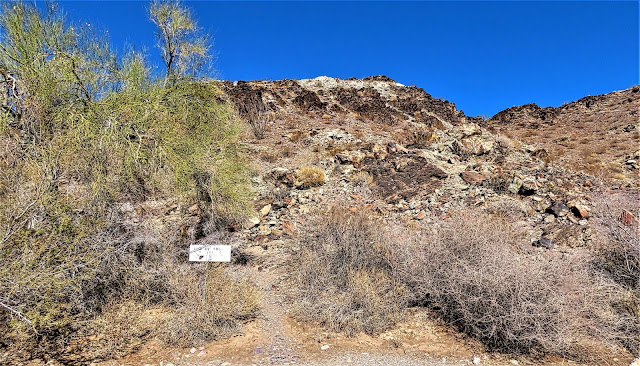 Found it.  I was surprised at the number of people wandering around looking for crystals, so I wasn't alone.  Made me feel confident I was at the right place. 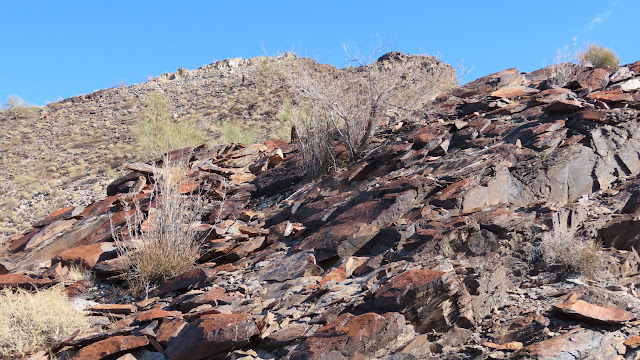 There certainly is a lot of rock here.  There were rocks everywhere.  And I don't even know what a crystal looks like 😕  There are lots of hills and there has been a lot of activity here over the years.  The hills are high too. 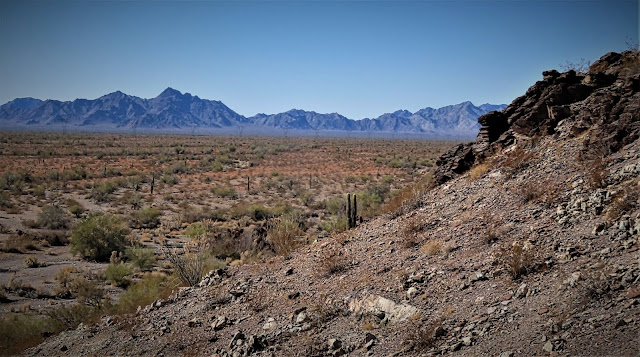 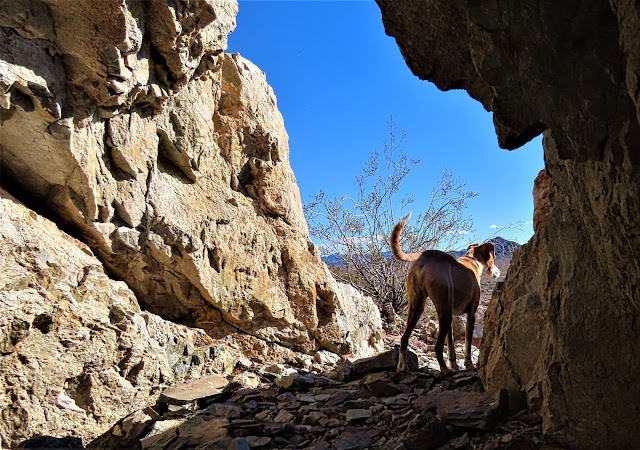 There were rocks everywhere but not a crystal to be found.  It was a good 9000+ steps day, so I did get my exercise in after the last few days of sedentary living.

It was 4 o'clock by the time we got back to camp.  Did bring home a couple white quartz rocks but those are a dime a dozen out here. 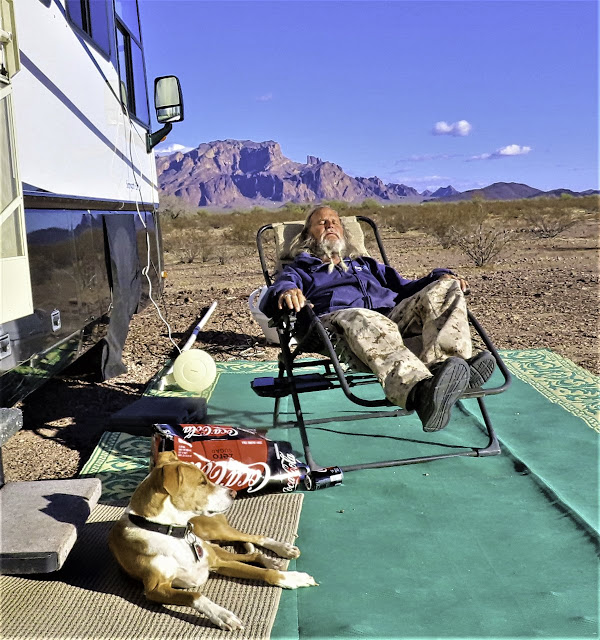 Not shorts weather, but I'll take sunshine and no wind anytime.
I forgot to put any meat out for dinner again 😖  This time I texted Dolly and asked if I could defrost a thin steak in the microwave.   She gave me instructions and as I was looking at the buttons I found one that said Defrost.  Well, I'll be darn!  Amazing what you can learn if you just look.  Put the steak in and after a couple of minutes I had a limp steak ready for the grill.  Instead of canned soup, I had steak, potato and corn for dinner 👌
Elva reminded me that National Geographic has a couple of shows that she told me about last week that I enjoyed watching.  So, a little TV and then bedtime.
See you later.
Posted by Doug Laning at 9:41 PM