Woke up this morning at 5:45 with my cellphone ringing.  Not a good sign.  I saw it was my brother in Florida, but we were disconnected, so called him back.  Guess what, he butt dialed me!  No emergency thank goodness!  We chatted for awhile and I was up for the day.

Had no idea what I was going to do today other than check out my portable hard drive.  Last night, I started my back-up and it said it would take 8 hours so I let it run and went to bed.  This morning, I checked and sure enough it had finished.  Looks good, but I'm not brave enough yet to delete the pictures from my laptop yet.  I'll wait awhile.  No hurry.

Today is going to be 68 but it is calm and very sunny outside, so it feels warm already.  As I was sitting outside eating breakfast, I saw two helicopters flying directly towards me. 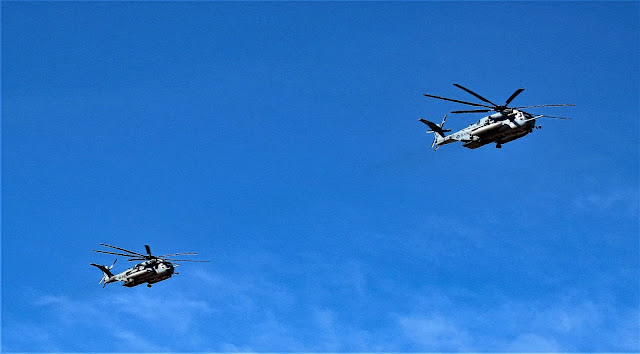 Not sure what they were thinking, but they came back around and gave me the evil eye before heading North to the Cargo Muchacho Mountains.

Around 2 o'clock, Yuma couldn't stand laying around.  It was just too nice and he was ready to run and explore.  So, reluctantly I got my lazy butt off the lounger and we jumped in the Jeep and headed for the foothills of the Cargo Muchacho Mountains where there has been a lot of mining in the past. 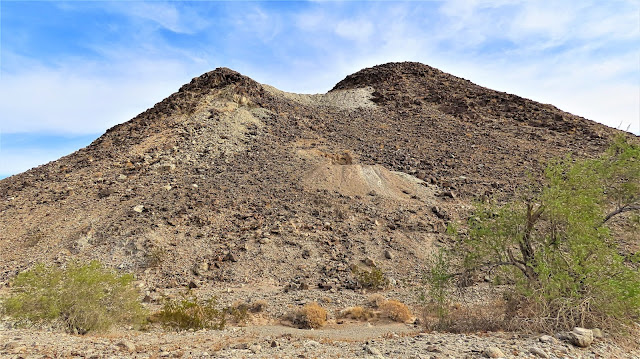 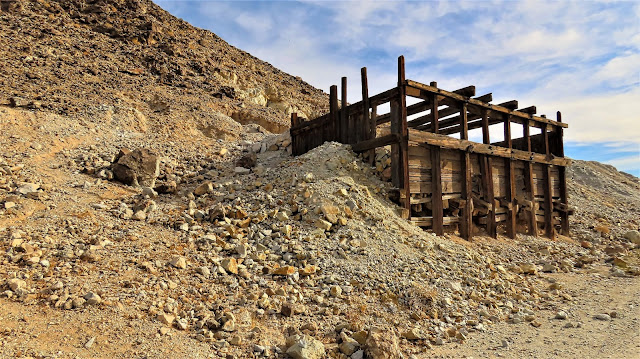 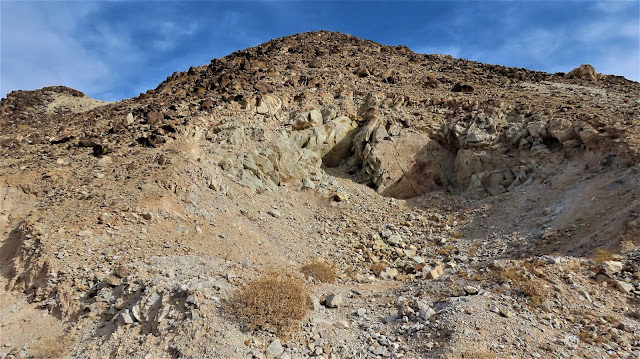 Climbed up the side of the hill and all we saw was just excavated rock. 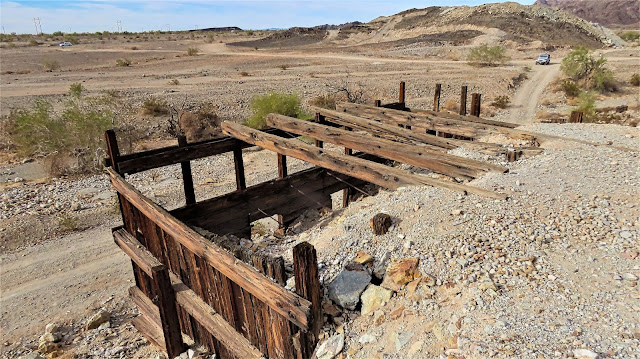 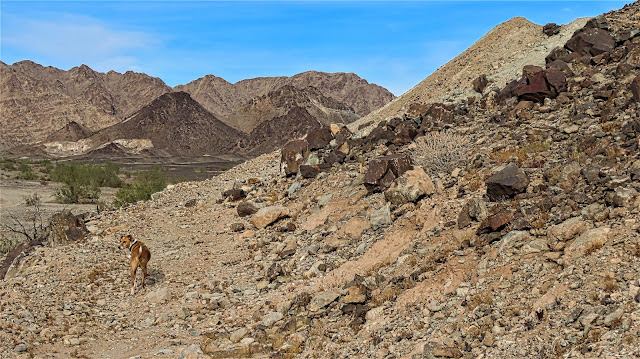 Yuma wanted to keep moving around the hill to see what was there.  He loves walking and running along the trails.  Wish I could move faster but this stuff is hard on my feet. 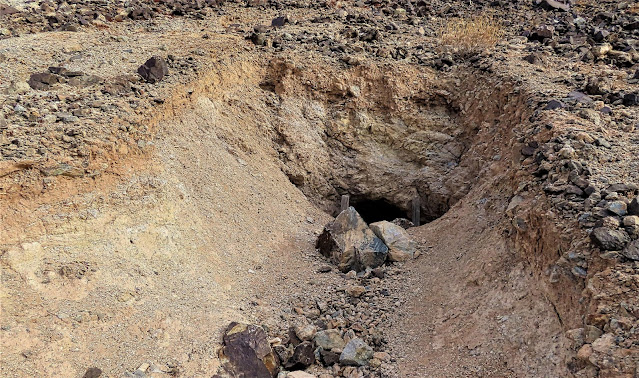 This looks more like it.  Glad Yuma led me around the hillside. 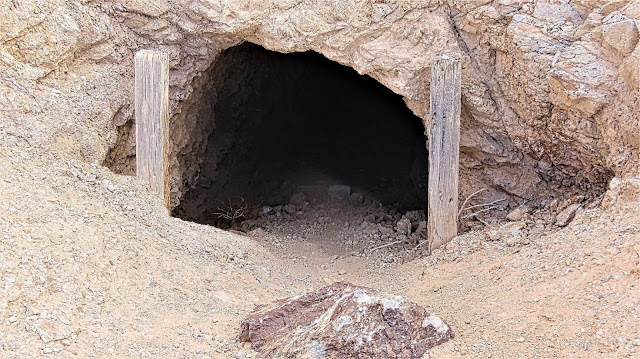 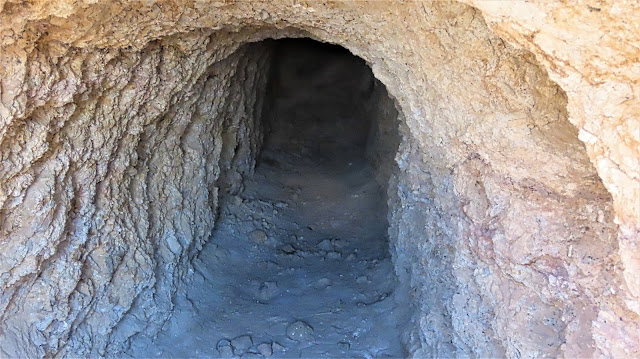 You know I couldn't resist so I pulled out my flashlight and headed in.  Unfortunately, it only went about 20 feet and came to an abrupt end. 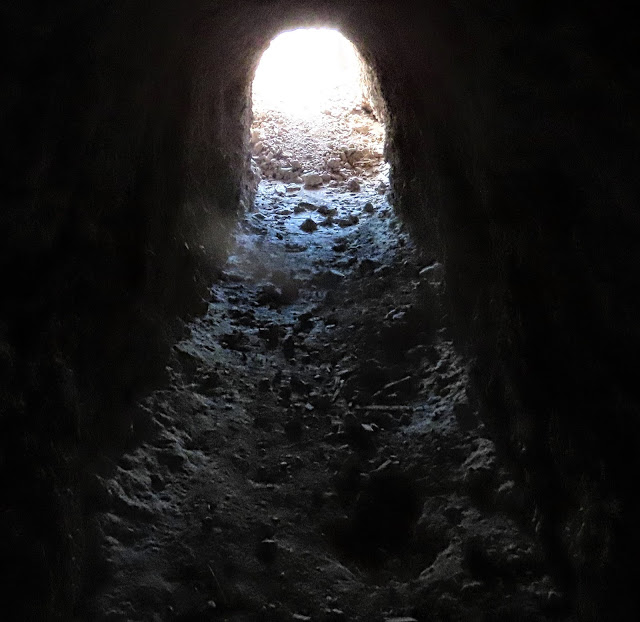 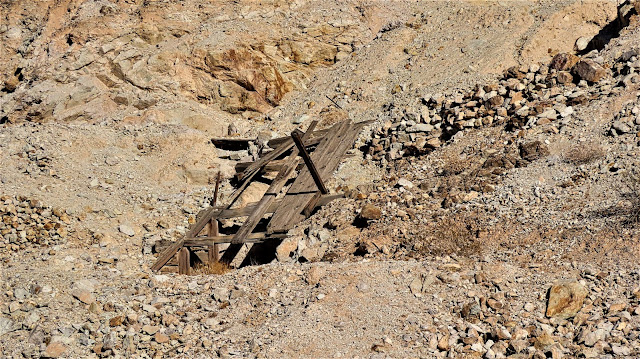 As we're driving along the hills, we spot another promising structure. 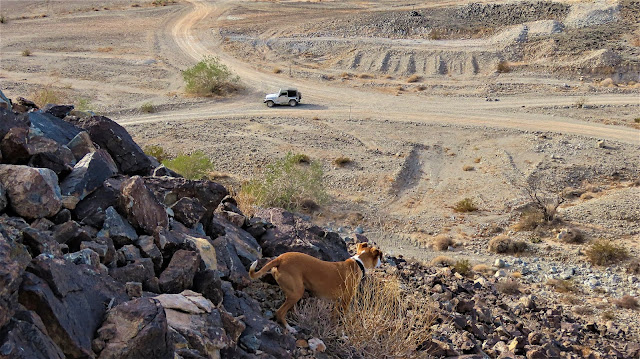 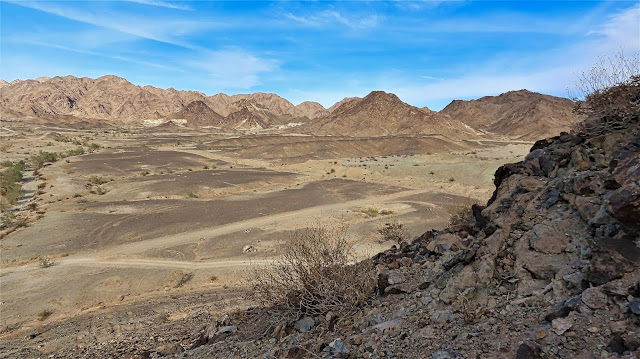 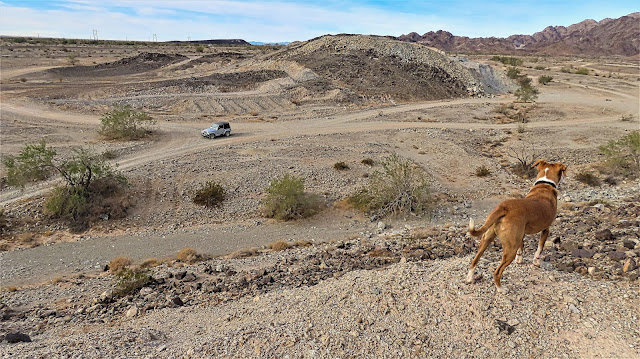 All we found is more excavation and no mine, but I have to admit the views around here are beautiful! 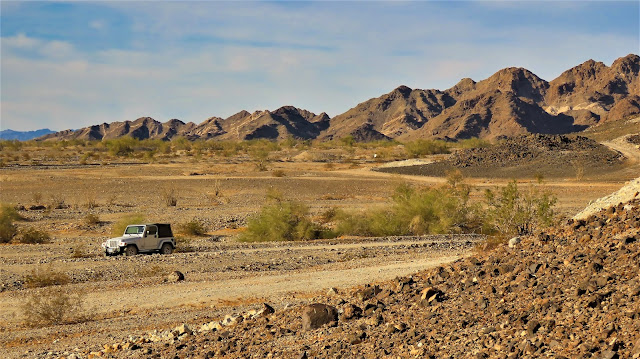 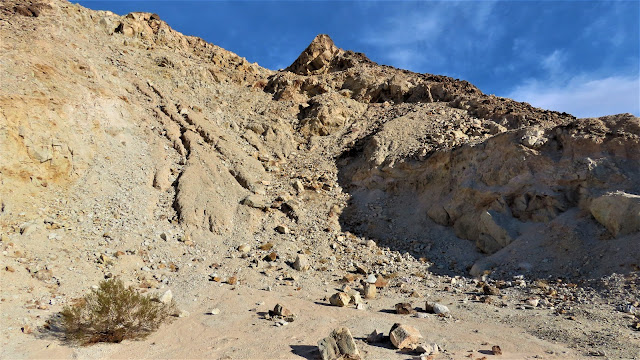 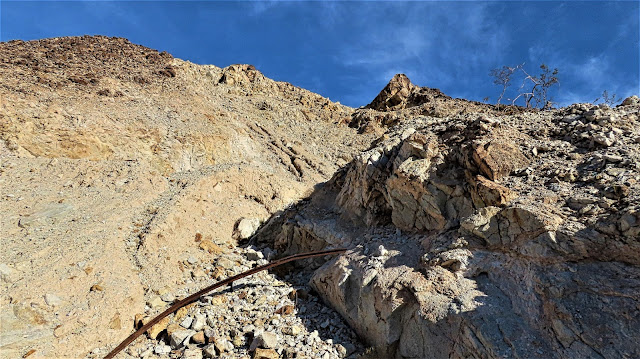 Climbed up there, but no mine 😕

I was ready to go home, but as we were driving around trying to find a way out of this maze, we spotted one more structure that Yuma just had to explore! 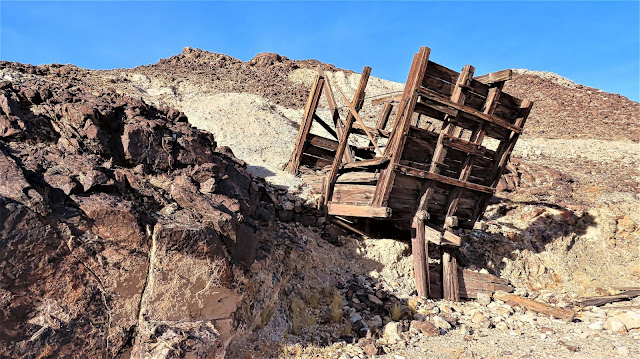 Decided to hike to the top of this hill to see why all the tailings. 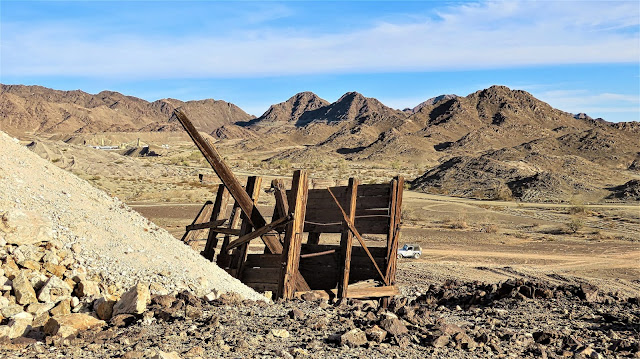 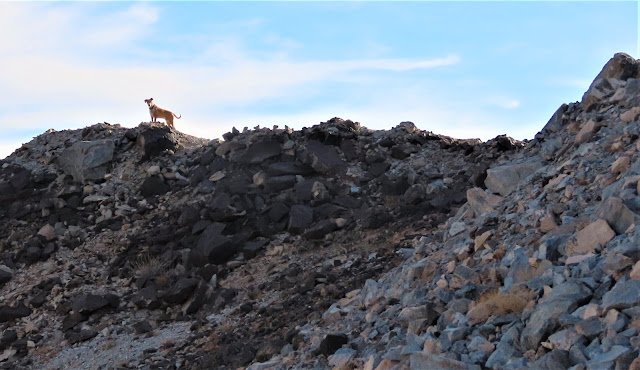 Yuma kept going higher, but I was bushed.  I just couldn't go up there, so I called him to come back.

We got home around 4:30 and we were both covered in desert dust so it was bath time for the both of us.

After that I worked on this post for several hours.  Had a lot of pictures to go through and edit.  As I was typing away, looked out the window and saw a beautiful California sunset over the sand dunes in the distance with mountains beyond them.

Time to publish this and fix dinner and watch a little TV before calling it a night.