Had a lot of wind last night.  But when I woke up at 7 o'clock it had died down and when I looked out the sun had a clear day ahead.

Dolly texted to tell me everything was covered in ice and it sure looks like it. 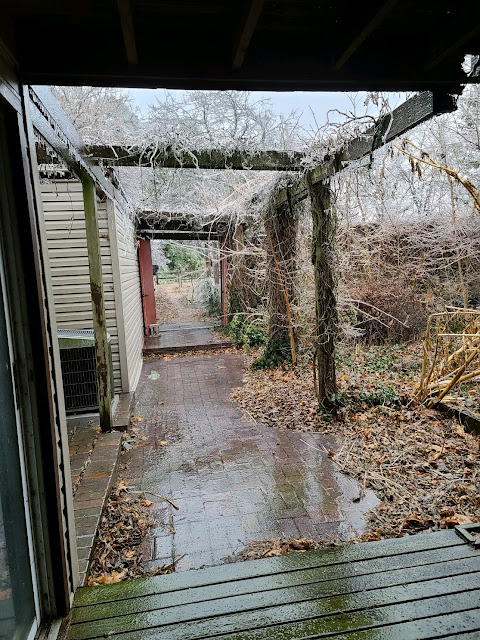 Finally got out of bed at 8 o'clock to start my day.  As I was making my crackers and heating the coffee, Dolly texted to tell me the electricity went out.  She could see our line had been knocked down by a limb and was sparking.

It was 1 o'clock when I finished packing and headed up to the service station just 2 miles up the road to dump tanks.  First problem of the day.  The black tank must be clogged and wouldn't empty.  What a bummer.

Decided to leave and figure out what to do about it later.  Next I headed to the rest area in the sand dunes on I-8 12 miles west to take on water. 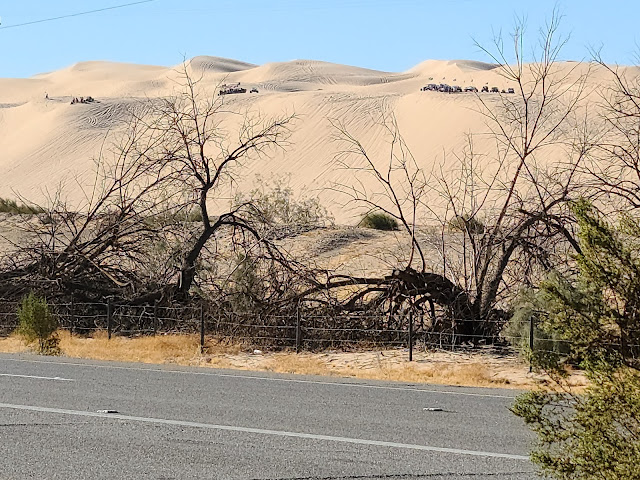 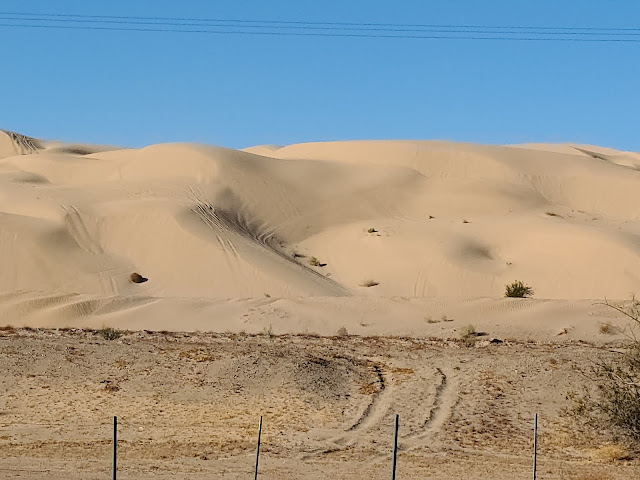 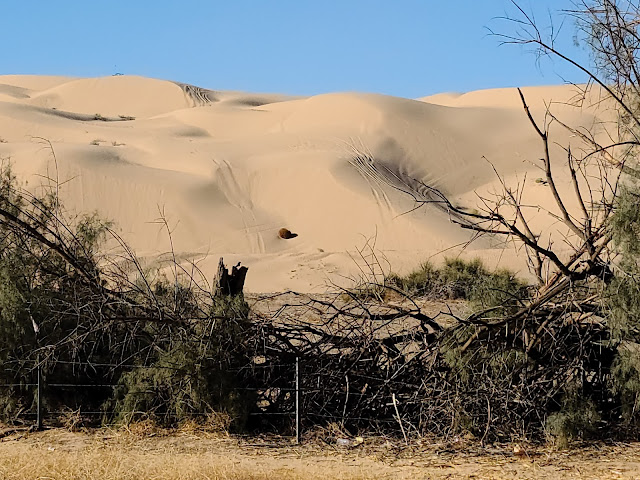 The dunes were full of dune buggies everywhere.  With the holiday they poured in to have a fun long weekend.  By the time I finished filling with water it was going on 3 o'clock.   Had troubles with water overflow again which is aggravating.   Only had about 8 miles to drive to get to Tom and Deb's place on Ogilby Road.

Their friend Shane had placed a chair where I was to park just in case.  Went over and sat with them for just a short while but had to leave to set up my Dish for Gold Rush.  Got to have priorities  😀

Had a devil of a time getting connected to the satellites and missed the first hour.  Luckily, it was a two hour special so I was happy.  It has been rush rush all day because I dawdle so much of the morning away 😞  Dolly still does not have electricity and Gold Rush is over and it is 8:30 here and 10:30 at home.  She says she's warm snuggled up with Fergie in bed for the night. 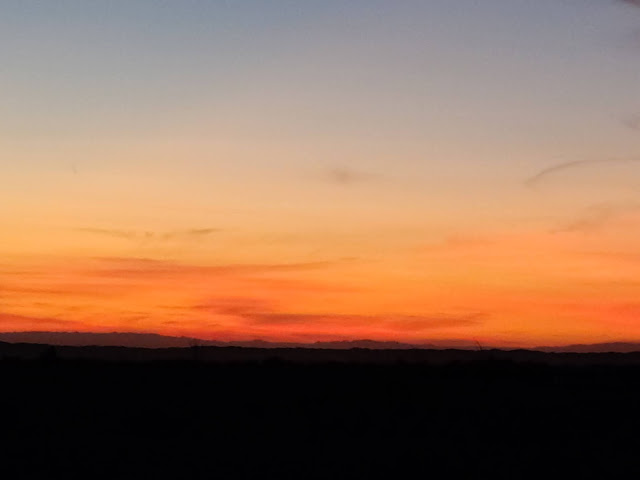 Beautiful sunset tonight.  No wind which was good for Tom.  He was finally able to have his big bonfire 😀  I missed it tonight but hopefully there will be other nights.

Hopefully,  the electricity comes on for Dolly in the night and hopefully, tomorrow my rotor rootering has results before I'm swimming in this s**t!  😞  Stay tuned.  Nice start to the New Year!