Didn't want to get up at 7:30 this morning, but Yuma was insistent.  He won!  Went out for a walk and the wind was up today to around 15 mph at a constant pace.  However, it is going to be a warm day with a high of 80 degrees, possibly a record for the area.

Had a leisurely breakfast sitting outside on the lounger with Yuma on the rug beside me.  In yesterday's comments, Al Travel with the Bayfield Bunch:) mentioned Glamis.   I looked it up on Maps and found that it is on the northern end of the Dunes on hwy 78 about 35 miles from here.

Decided, it would  be a place we should visit, so at 11 o'clock we headed north on Ogilby Road toward hwy 78 about 22 miles from here.

The road ended at hwy 78.  Made a left turn and headed west along the mountains.  It wasn't long before I pulled off to get a better look at these mountains.  Look familiar. 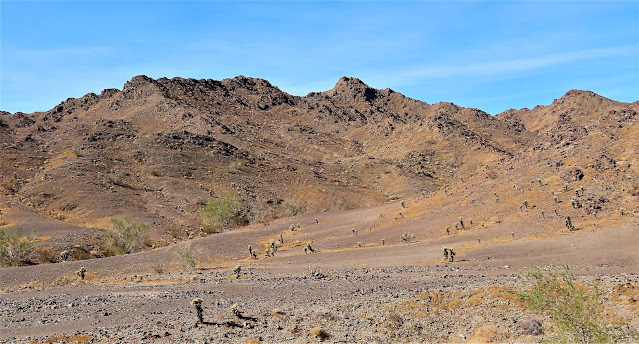 It was about 10 miles west to Glamis.  I didn't realize the area with tents and one building was Glamis, so we went on into the North Aldogones Dunes.  There was a viewpoint high up on top of a large dune, so we headed up. 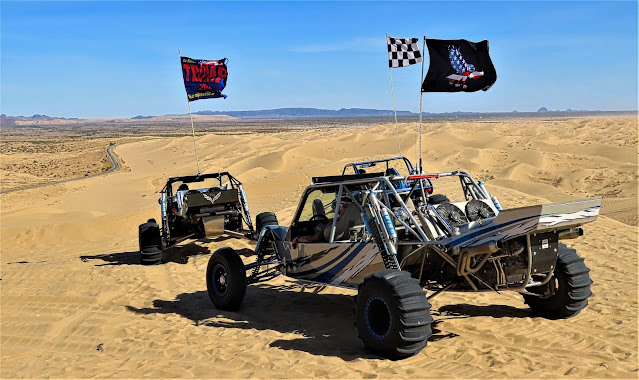 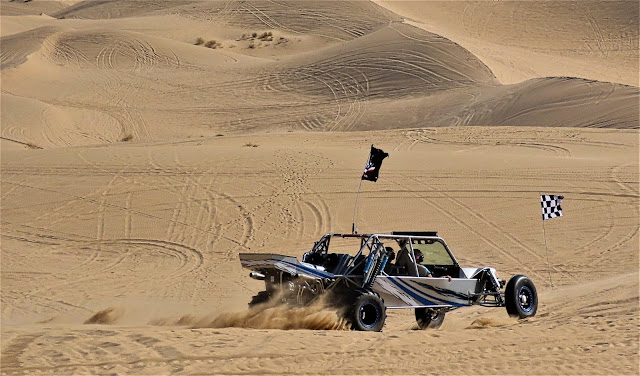 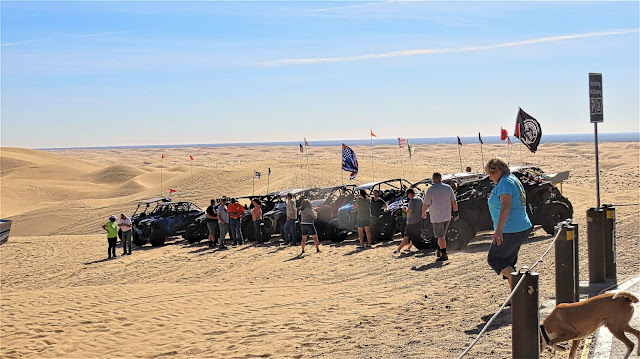 There were many groups of dune buggies parked at the top, probably taking a lunch break.

Yuma was running around unleashed and a couple tried calling to him, so I called Yuma back to me.  They asked if it was my dog and I said he was.  The man said he looked exactly like the Wanted Poster on the trash can behind me.  I turned around and there was a picture of Yuma! 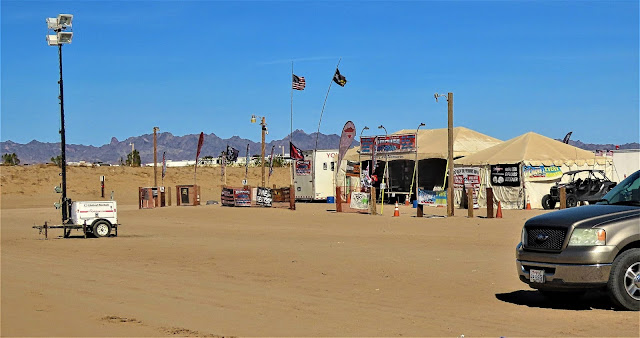 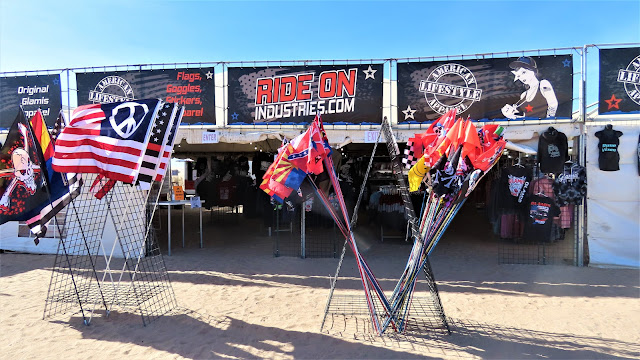 Heading back to our mountains and home.  We arrived at 2 o'clock and relaxed for about an hour before I started getting my post ready for the night.  No clouds at all tonight so didn't take a sunset picture.

Nearly 6 o'clock now, so time to get this thing published and get dinner started.  Tomorrow is going to be a busy move day.  Can't believe I've been here for two weeks!  Time to move on.