I was sound asleep when all of a sudden I heard automatic gun fire and single pistol shots all around Columbus.  It was midnight and the party goers were at it.  Yuma immediately got scared and jumped to the floor and went into the bathroom.  For some reason he feels safer than under the covers with me.  This went off and on till about 4:30 and then all became silent.

I slept pretty good knowing a bullet didn’t fall on me.  We got up around 7:30 and ate breakfast.  The campground owner stopped by briefly last night to ask how long I was staying.  July, the ladies name, was in a hurry because she was singing at the club in town.  She was all decked out in western gear.  Even a blinking shirt for the occasion.

My spot for the night. 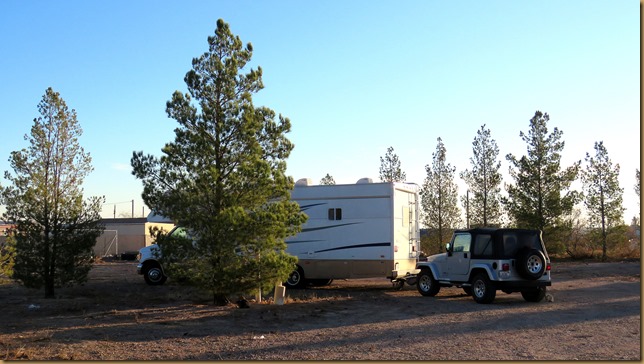 She said she would be by around 10.  Well, 10:30 and no July!  She must have had a great time.   I walked over to Bill and Judy’s RV across from the office and they said they would take the $9 and give it to July. 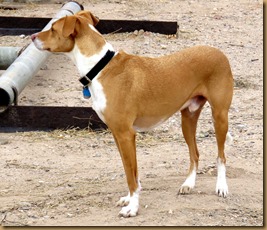 One of my neighbors.  I think it was empty.

So, around 10:45, we left the little town of Columbus behind and headed west on Rte 9 with a goal of making it to Douglas, Arizona about 110 miles down the road.  All I have to say is that this is a beautiful two-lane road that rolls past some of the most beautiful scenery.  Won’t say much.

I bet this old Cottonwood has seen a lot about the history of this area. 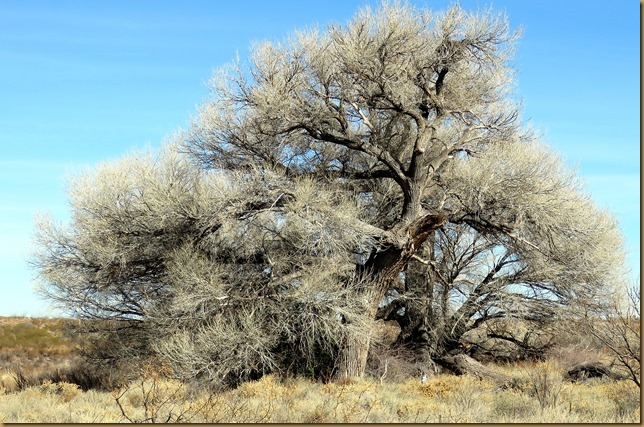 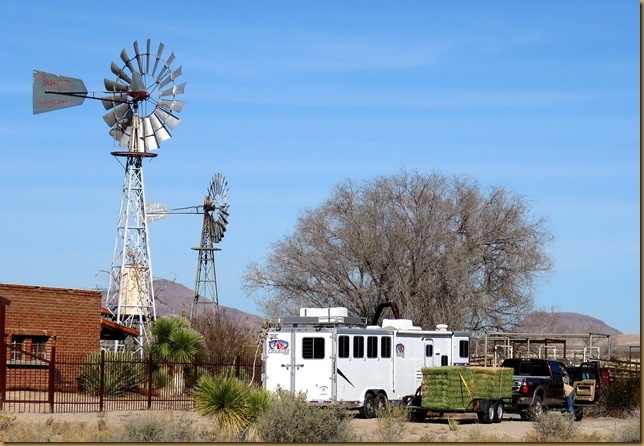 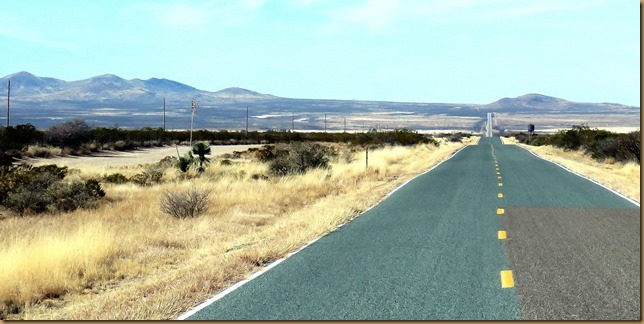 About forty miles down, we stopped at the little ghost town of Hachita, New Mexico.   There were a few people living there, but not many.  Here are some photos:

Thought they were building a McDonalds way out in the sticks on this lonesome road, but then saw that it was the name of a ranch.  Pretty clever. 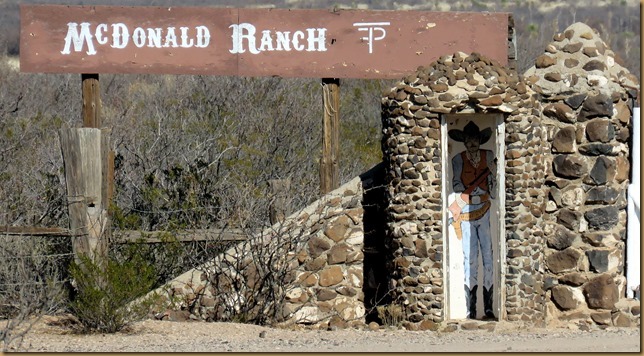 There are his and her commodes at this rest area.  Quite modern. This is a beautiful church but as you can see, it has seen better days.  The stone work is fantastic. 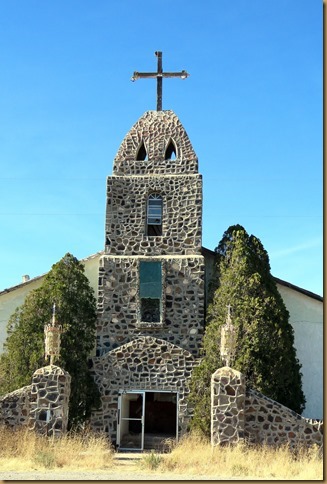 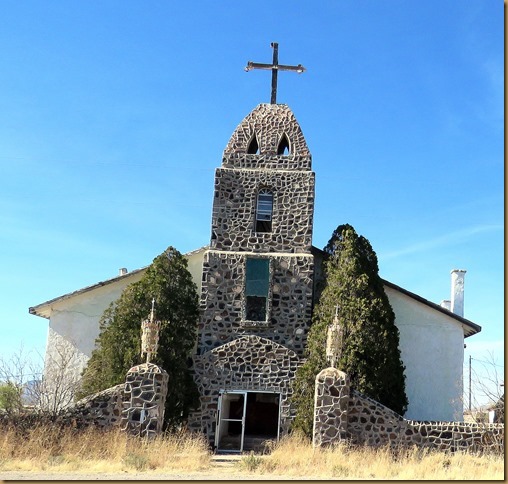 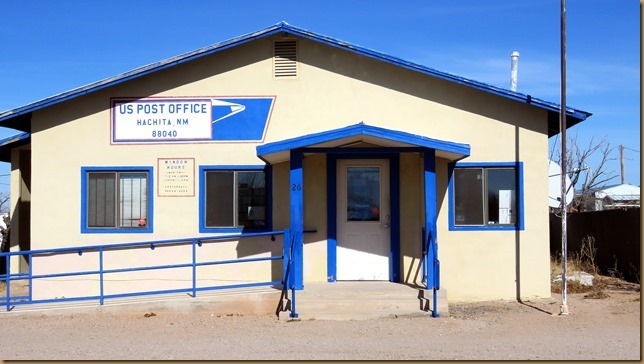 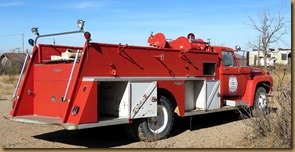 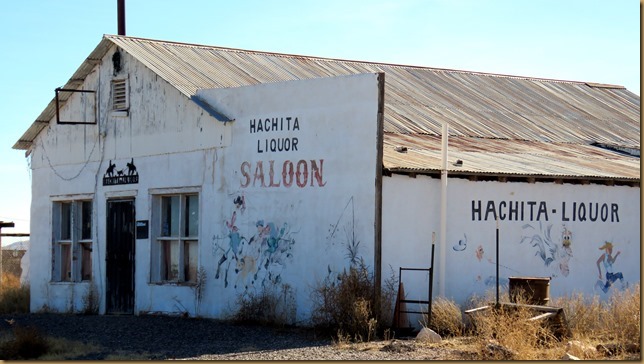 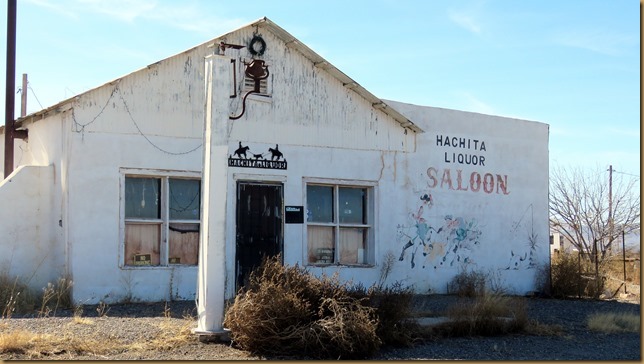 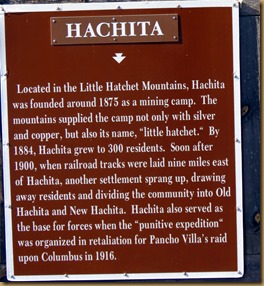 I couldn’t believe they had a gas station and it was open on New Year’s Day!  Of all the luck and the gas was reasonable too!

After leaving Hachita, it was nothing but rolling hills, valleys and mountains all the way to Rte 80.  It is so nice to travel along at around 50 mph without worrying about traffic.  I could stop in the middle of the road to take photos. 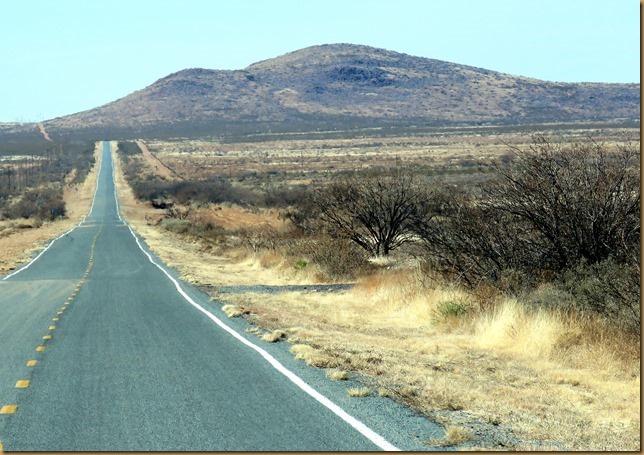 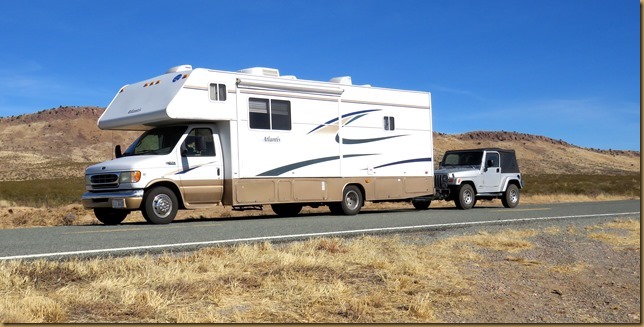 I stopped in the middle of Rte 9 and took a photo of the Continental Divide sign and I could hear a racket.  I looked up and way up in the sky all these cranes or geese were flying in circles and honking. 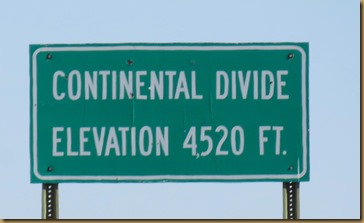 I made a left onto rte 80 at Animas and it wasn’t long before I hit the Arizona border and another 50 miles down the road I  was in Douglas for the night. 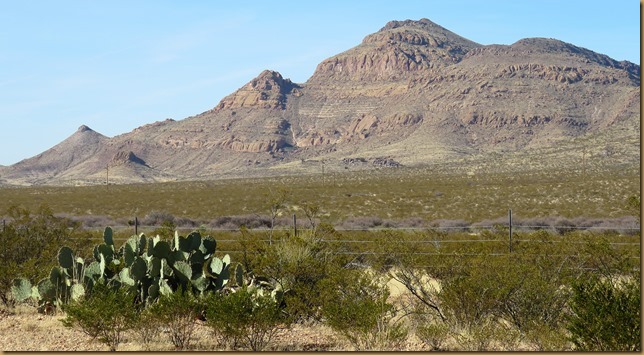 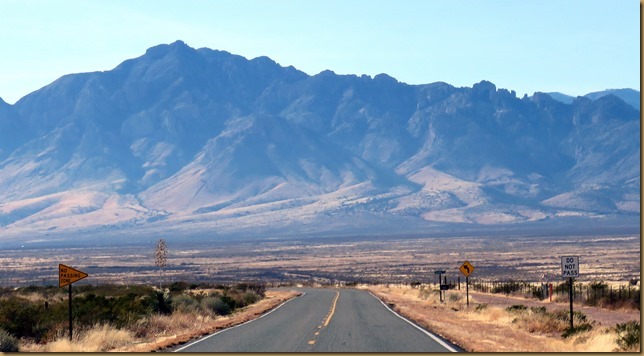 We stopped at the Geronimo Monument and had lunch.  There’s Yuma reading the plaque. 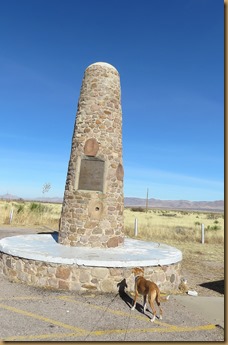 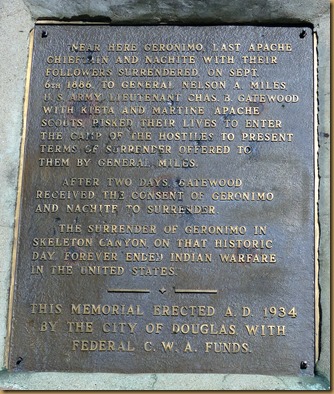 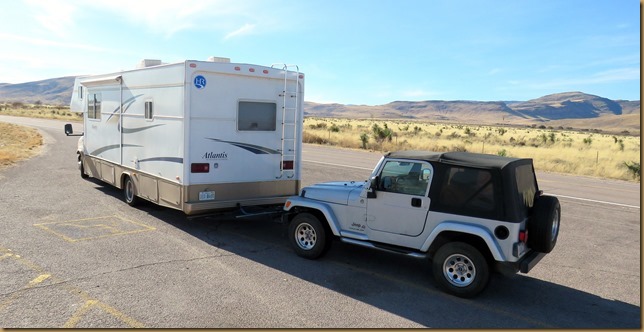 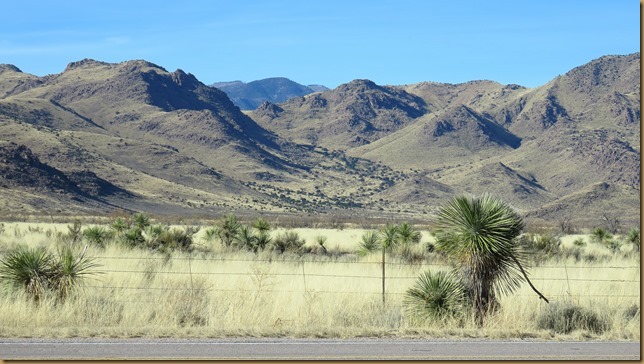 Pulled into Douglas around 5:30 P.M. and found an RV campground at the Douglas Golf Course.

I’m so glad Miss Navigator directed me this way.  Otherwise, I would have been on the bland I-10 interstate and would have missed all of this.