This morning was a carbon copy of yesterday morning.  Warm, sunny and nice!  They must be having war maneuvers across the canal from me in YPC (Yuma Proving Ground).  Lots of shooting and big booms again.  Yuma won’t come out of the RV again.

Well, this morning, we decided to get out early and head into Yuma and find the old district.  I’ve driven by the signs, but never stopped in to walk around.  So, at around 10 A.M., Yuma and I hopped in the Jeep to go take a looksee. 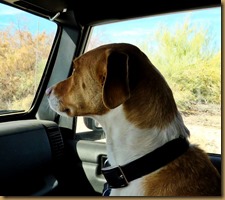 Yuma is starting to sit in the front passenger seat now.  Think he is tired of the bumpy back seat area.

Had to drive around a bit to find it, but I did.  It is located in the southwest outer section of Yuma near the Colorado River and the old Yuma Prison.  After walking up and down the street, I was a little disappointed.  I was thinking something like Tombstone, but I got something like Normal, Illinois.  It was all modernized and even had one of those drive-around circles in it.

I did get some pretty interesting photos to share though. 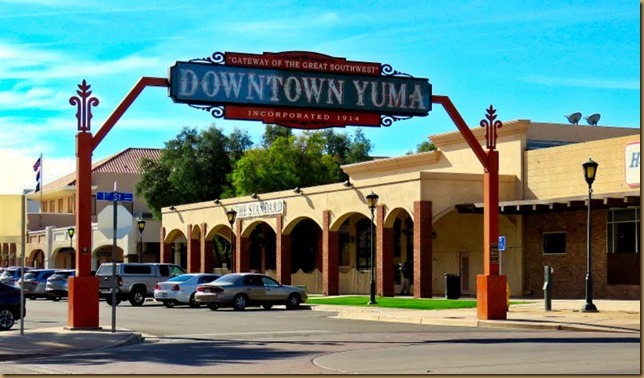 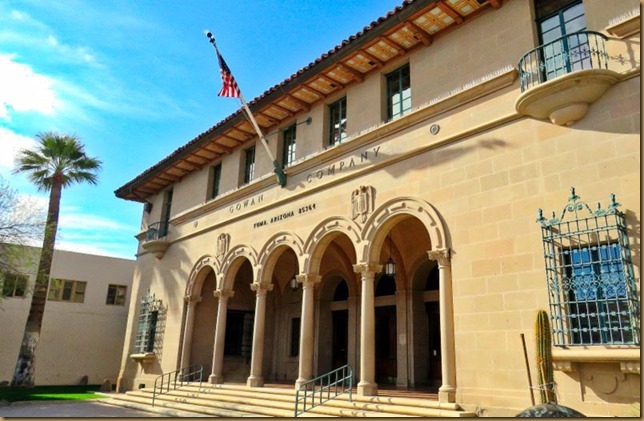 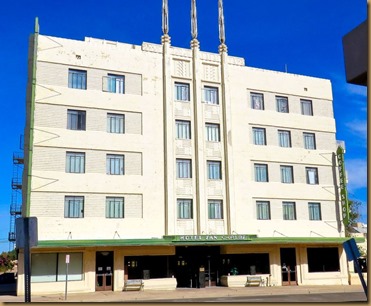 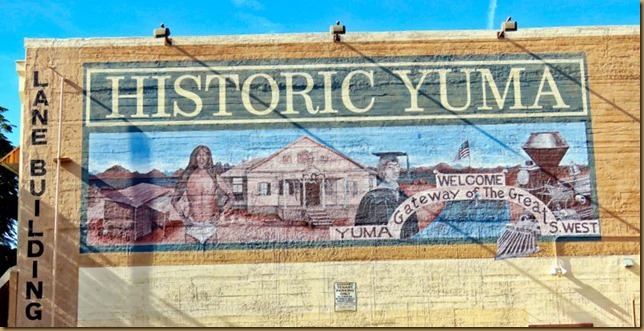 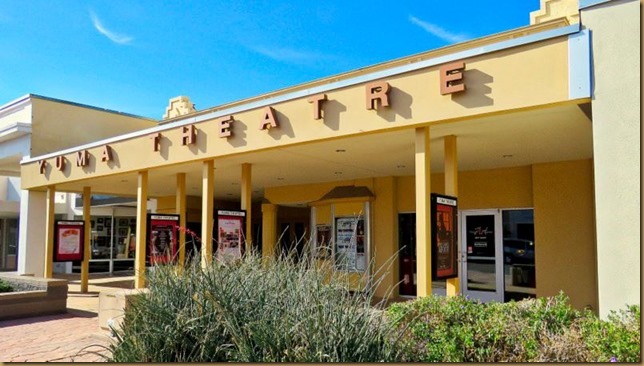 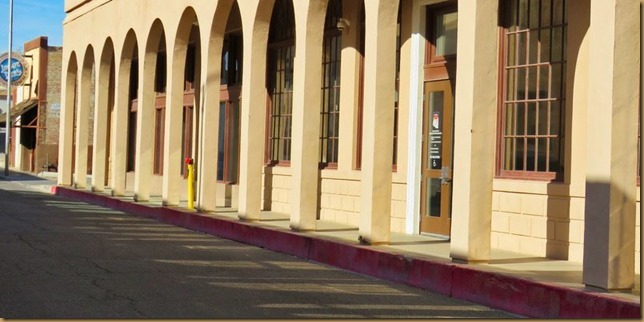 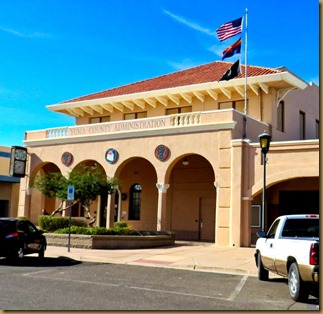 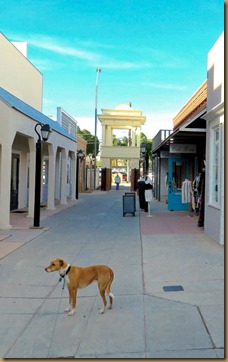 We returned to the RV around 1:30 and it was resting time once again.  Enjoy laying in my easy chair with nothing but the sun and the wind to keep me company.  Still booms off in the distance, so Yuma wouldn’t join me. 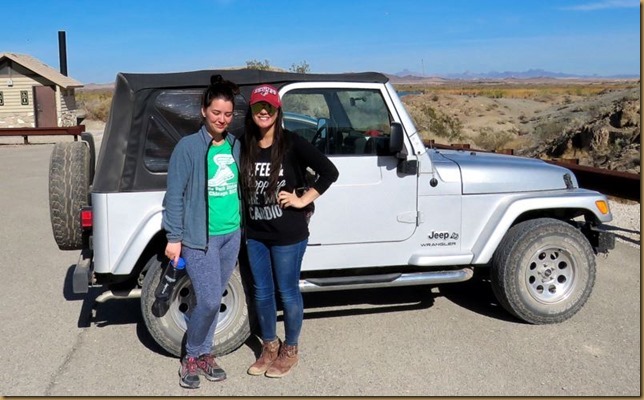 Now why would two young ladies be standing by my Jeep allowing me to take a picture of them, you may ask?  Well, let me tell you a story of two damsels in distress and one hero coming to their rescue.  I was lying flat out enjoying my easy time when I hear a young woman’s voice yelling, “Is someone there?  Can you help us?”

I get up and walk around the MH and I see two young ladies across the road and across the canal in the YPG.  I asked, “what can I do for you two young ladies?” and one of them replied, “We are lost and we are tired, can you help us?  We went on a hike earlier this morning and we can’t find a way across this canal.”

I asked, “how in the world did you get over there?”  And one of them said “we don’t know.  We’re just lost.”  I thought for a second.  I had been over on that side one time several years ago, so I knew how to get to them.  I told them I could drive two miles up to Imperial Dam Road and cross the bridge and come back down and pick them up, if they would wait.  “What’s your names, I asked?”  “Victoria and Ellie”, the one named Victoria replied.

“Well, Ellie and Victoria, give me about fifteen minutes and I’ll be by to pick you up.”

I drove up and over the bridge and drove the two miles of rough ATV trail to their location across from my RV and they were happily sitting there resting and waiting.  I wished I had gotten a photo of their relieved faces, but didn’t want to be forward.

I had left Yuma back at the RV because there is not much room in the Jeep and I have no back seat.  Ellie sat in the passenger seat and poor Victoria sat in the rear on the floor for the bumpy ride back.  Luckily, they both had a water bottle so weren’t dehydrated.

I asked them where their car was and they said it was near a place called Betty’s Kitchen.  I knew exactly where it was.   About four miles south of my RV,  near the south entrance to Lake Mittry.  So we drove back to my RV and I stopped just to make sure Yuma was okay, and we headed the four miles down the bumpy dusty road to Betty’s Kitchen and right up to their car.  Never seen two young ladies so happy to see their car.

Victoria offered to pay for gas, and I said to her, “how about a picture of you two next to my Jeep as payment?”  And that’s how I got the picture of two smiling young ladies standing beside my Jeep.

I don’t think they will be hiking at Mittry Lake anytime in the near future.  Time to get back to my lazy time after being so rudely interrupted. 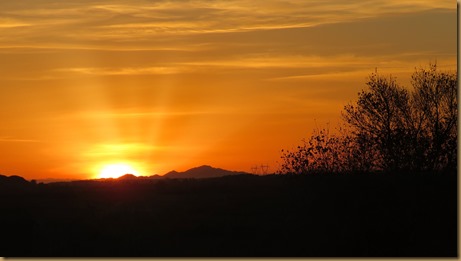