Again, this morning, the shooting started and the booming, so Yuma would not go out for a walk.  I went ahead and did all my morning duties and even did the dishes.

Around 11 A.M., I asked Yuma if he wanted to go for a ride and he was excited to do so.  Anything to get away from here.  They were still shooting.  I don’t remember this from year’s past.  I wonder if they are preparing for a war!

I had no idea where to go, so we went down hwy 95 towards Yuma and I saw a sign saying Dome Valley and a road heading east towards the southern end of the Kofa National Wildlife Reserve. 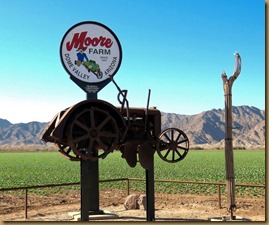 The sign said it was old hwy 80.  This was the main highway back before they put in the I-8 interstate.  We drove into the Dome Valley and it is a large valley, flat and mainly agricultural.  Lots of cabbage or lettuce growing and being harvested.  The Gila River runs through the valley, but it is mostly dry.

The land owners in the valley live very well.  Even the mailbox is fancy. 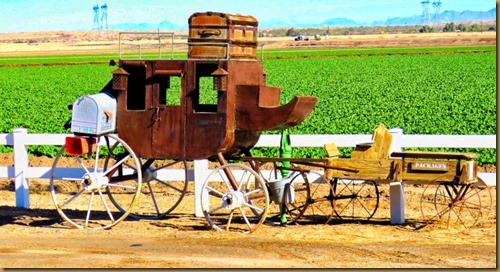 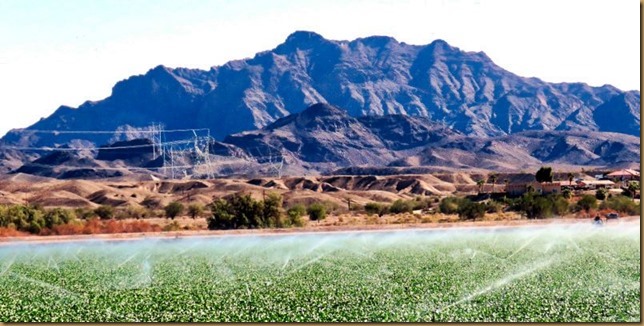 I drove hwy 80 to the town of Wellton and that’s where I stopped.  Nothing but flat valley ahead and wasn’t interested.  They had a nice little park with green grass and a great place for Yuma to walk around without fear of being shot.

After that I stopped into an antique store, Pauline’s Treasures, just to look around.  Didn’t buy anything, but it did have a lot of neat stuff. 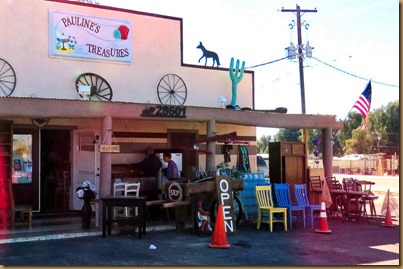 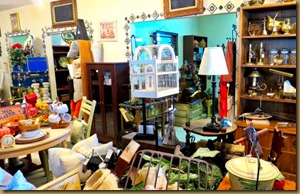 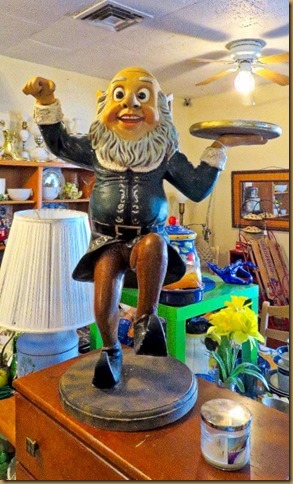 Coming back, hwy 80 ran right into I-8 at telegraph pass going through the Fortuna Foothills just east of Yuma.  Took the exit for hwy 95 heading back home and on the way I could see this old bridge. 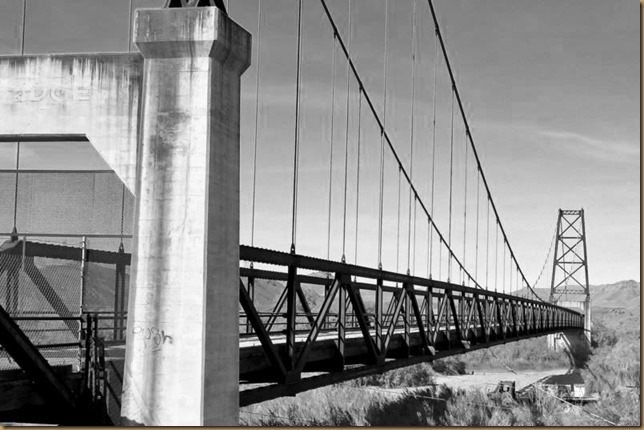 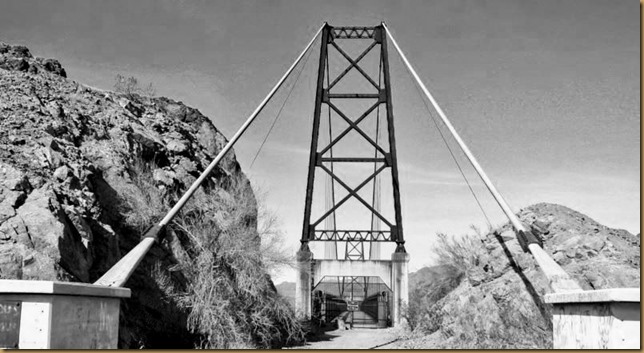 Looked it up on Google and it is an 800 foot bridge named the McPhaul Swinging Bridge.   I couldn’t walk on it because of all the Keep Out signs.

While driving towards Mittry Lake, I could see this large plume of smoke off in the distance in the direction of the lake area. 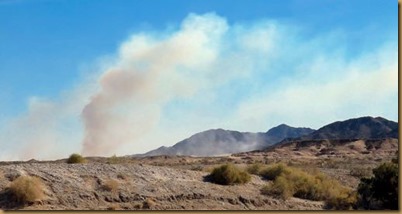 Having been evacuated from the lake area several years ago because of fire, I was a little nervous, so we hurried home.  As we got near the Yuma Proving Ground I could tell it was coming from somewhere within the grounds itself and not the lake area.

When we got to the RV, we did our normal resting for the afternoon.  I’m beginning to really like the resting part of the day.

I have had friends sending me comments about my blog posts on Text and Facebook.  I realized that not everyone knows you can post a comment on the blog itself.

Each time I post my day’s events, at the very bottom of the post is Posted by Doug Laning and the time.  Right after that is the word Comments.  Comments is a link and it will open up the comment section at the end of the post.  You can read comments made by others and there is a Reply field at the bottom where you can write and post your own comment.  By doing this, I won’t miss any comments you make because I read and respond to each one daily.

There you have it, blog knowledge you thought you never needed to know.