This morning it was another 8:30 morning.  It rained a little off and on last night, but you could hardly tell when I stepped outside.  Cooler today with a high of 65 with partly cloudy skies.  I think I'm going to like it better than the 75 degree days.Had our breakfast and around noon decided to hike around the area today.   Walked back to the large wash behind camp. 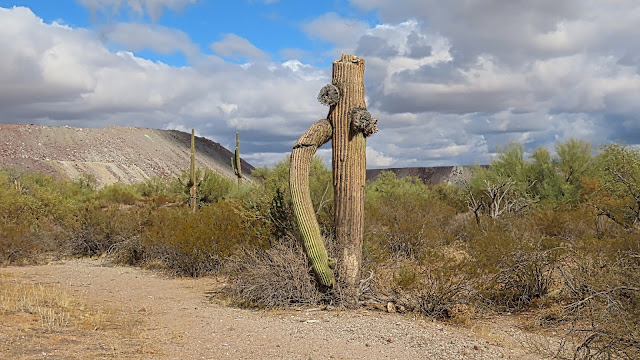 When Dolly and I first came to this area, the cactus above had two arms hanging out and low like it was asking for a hug.  Now one arm has fallen and the other is hanging straight down. :( 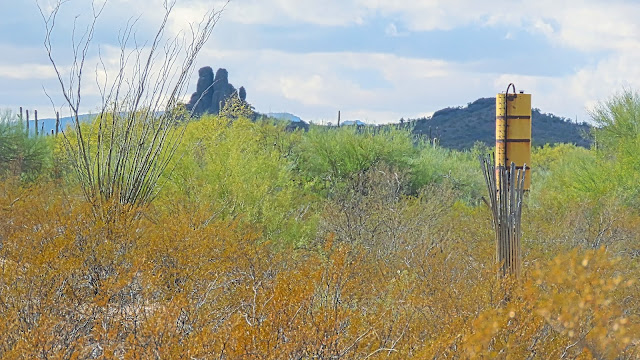 We followed the trail eastward taking in the pretty views as we went. 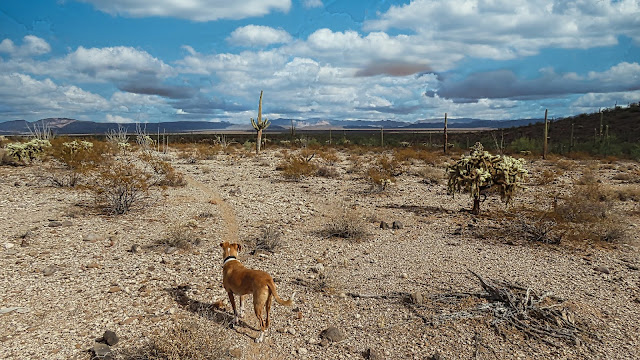 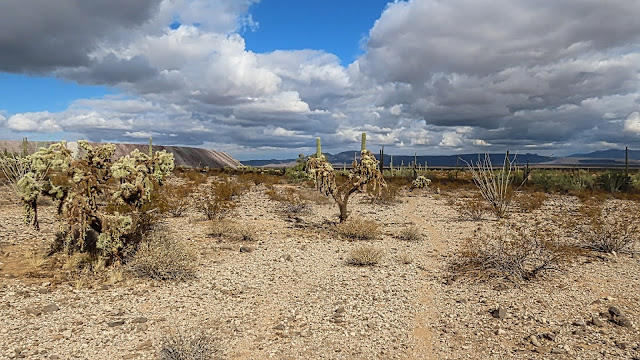 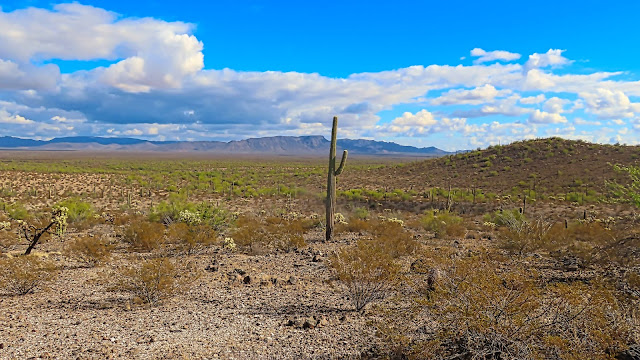 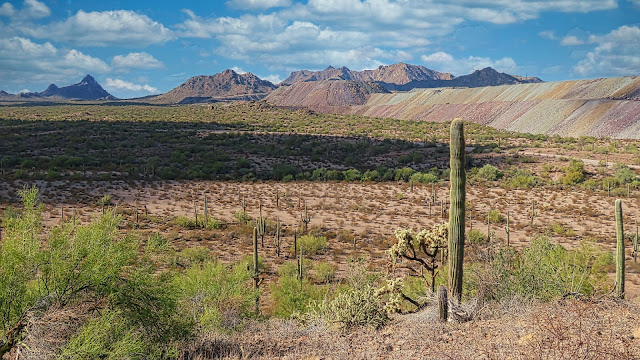 I saw this guy zipping up the hillside and took aim and fired not knowing if I caught the jack rabbit until I got home and when looking at the pictures there he was.  Good thing Yuma didn't see it.
Got home around two o'clock and it was so nice out I lounged around for awhile.  Yuma was tired and so was I.  Fairly long walk for us.  7300 steps today.
When I bought the White Lion there were six house batteries in it.  When I put the solar panels on it, I didn't really didn't know how the batteries would hold up over time.  Now I know they aren't holding up.  Overnight now my battery percentage is dropping to 40% which isn't good.  The only thing running is the fridge.
I contacted the folks that put my solar panels in and will be setting up an appointment  for a couple weeks down the road to put new ones in.  They are in Yuma, Arizona.
I may have special visitors moving into the area tomorrow. :)  Can't say who they are so you'll have to come back tomorrow to find out.
See you later.
Posted by Doug Laning at 9:26 PM