This morning I was up early at 6 o'clock and turned on the generator to charge my nearly dead batteries once again.  It was so close to sunup I decided to just stay up and fix bacon and eggs for breakfast.

After breakfast I notice Tom and Deb Celebrating the Dance were outside having their coffee so me and Yuma walked over and joined them for awhile. 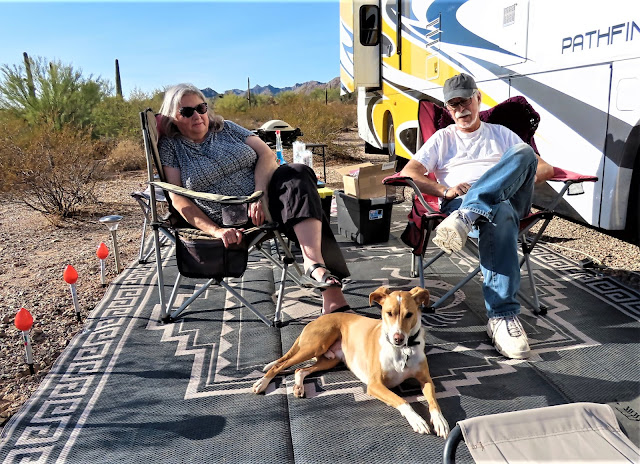 After discussing everything but politics we came back to our camp and as I was preparing to go into town, Yuma started barking.  He was sitting at the front window, so I looked outside and to my surprise there were four burros walking within 100 feet of the front of the White Lion.  Grabbed my camera and went outside.

Yuma's barking had startled them so they had stopped and were looking in this direction.  Then they moseyed on out of sight.  Looked like a male, two females and a youngster.   First time I've seen burros here, but yesterday Yuma and I followed their trail for quite a way so we knew they were around.  Wouldn't have seen them if Yuma hadn't alerted me. 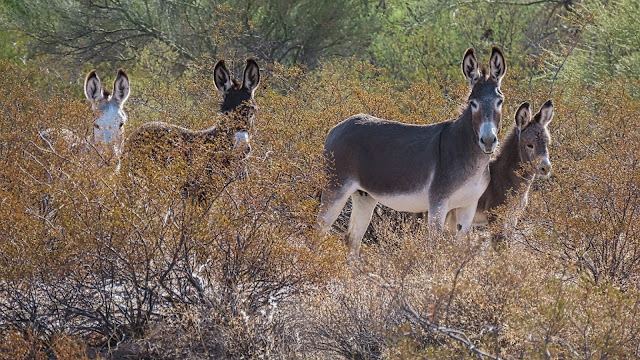 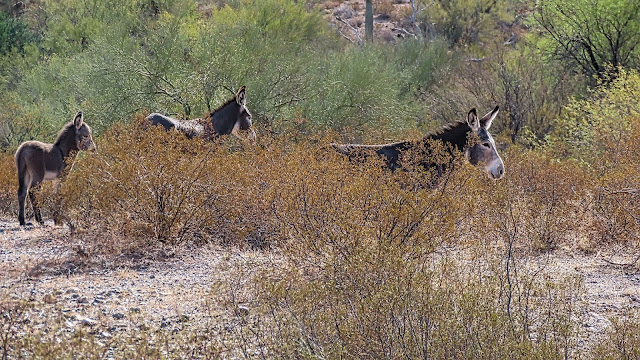 Then around noon, Yuma and I went into Ajo to get gas for the Jeep and to fill a 20 lb. propane tank so I can try out my new fire pit one of these nice evenings.  Got that done and then decided to drive over to the New Cornelia open pit mine to get a few pictures. 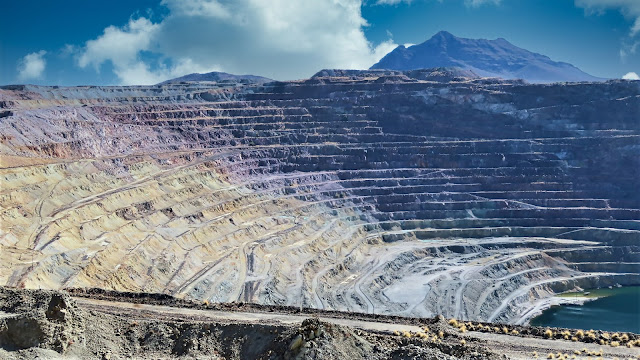 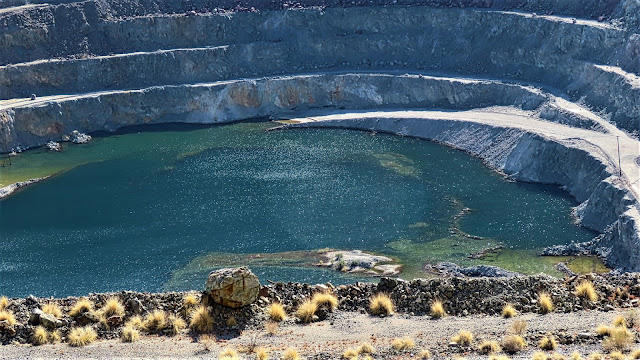 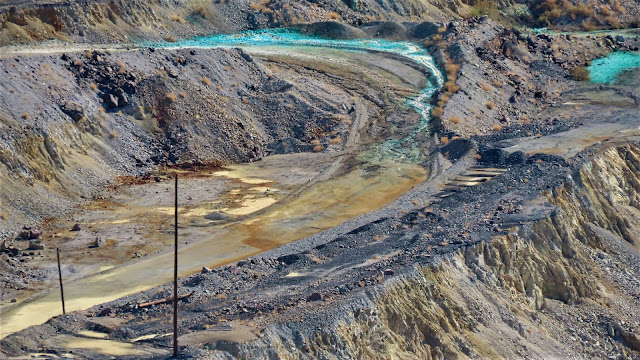 After visiting the pit, we took the scenic route around the back of the Little Ajo Mountains to our camp site.I used to follow the blog of the person that made this piece and lived in this house.  No longer blogs, but Al will remember this colorful guy. 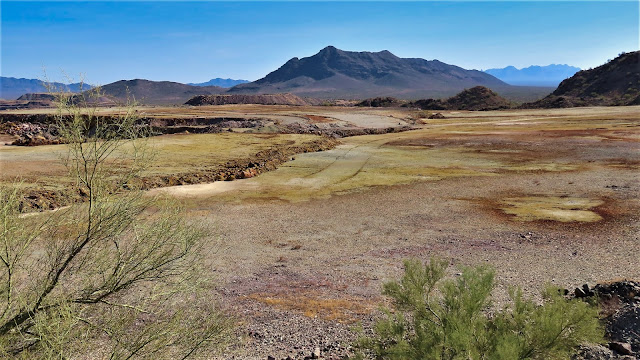 When I got to the top of the hillside, I could see the open pit over to the left and the ground has all been cleared leaving an interesting color.  Black Mountain is in the background.
As we traveled on along the scenic drive I stopped at the "Cow Plops" i.e. cow pies, to talk to a guy I met there the other day, named Randy.  He was telling me his son and a friend were hiking in the mountains and while we were talking he got a call from him.  He was at the top of a mountain looking down at us.  Those years are passed for Randy and me.
Earlier Tom mentioned he would be building a fire so after dinner I looked over and there was a big blaze going so Yuma and I went over to enjoy the evening with friends.  Unfortunately, I found out Yuma does not like fire and hung way back sitting in the dark, so I took him home.  Poor Yuma.
We chatted for awhile enjoying the pitch black moonless night and the warm blaze.  Around 8:30 I joined Yuma and now I'm working on my blog and will soon be getting ready for bed. 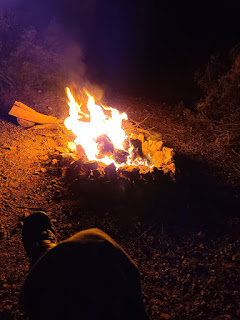