Trump Wall and the Wind

First off I quit!  I thought I could just play like I'm in Arizona time and it would just happen, but it didn't.  My body now thinks it's in California time so let's just give in and go with it.

This morning I woke up at 7:30 and just felt so comfortable I laid in bed for an hour and so did Yuma.  Read my comments and answered those and even sent comments to some friends.  I really do like these comfortable low temperatures in the Yuma area.  Don't need the heater to kill the chill.

I watched a few hours of TV last night just to test the batteries.  I even tried to get local channels but only got 7 channels, all Mexican.  I don't know how they do it, but the main channels can sure hide their signals.  I was using the wind-up antenna on the roof.  Tomorrow I'll put up the local booster antenna and try it.

I was very slow with breakfast.  I laid out in the lounger until all of a sudden the wind came up out of the north.  It was also a little overcast but the sun still kept it warm.  Finally finished up at noon.

Finally, Yuma couldn't stand it anymore and wanted to go somewhere.  Had two choices for the day.  Drive over to the sand dunes or go down  and see how the wall is coming along.  Due to the windy conditions, I decided the wall was my choice.

The afternoon temps are expected to hit 66 which is fine even with the wind.  Plus, the wall and Mexico is only a few miles south as the crow flies.  I see lots of  lights in Mexico at night.  I can't fly so we took the road just along the west border of Pilot Knob Mountain and it made the trip about 4 miles.  Drove by the backside of Pilot Knob RV Park where I stayed earlier this year with my Canadian friends.  Looks empty this year. 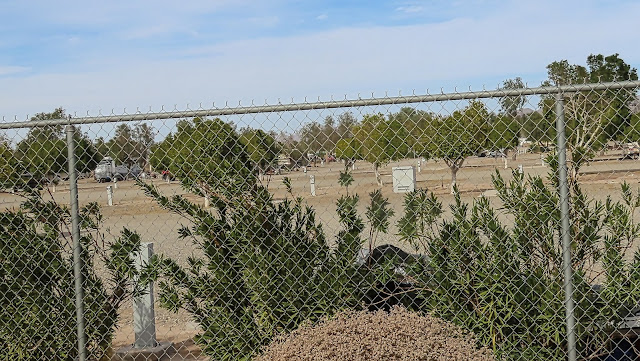 Driving south along the mountain, it wasn't long before we were at the canal with the wall on the other side. 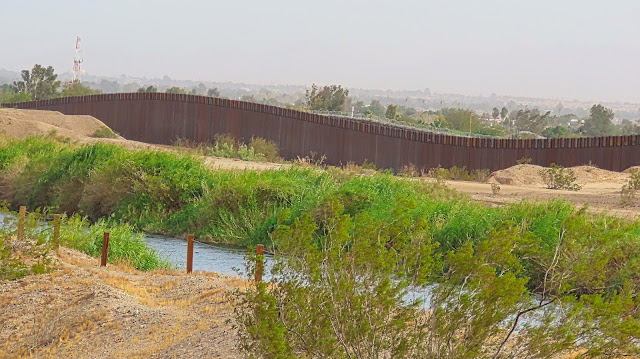 Yuma led the way as we went to higher ground to look around.  Looking back wondering why it takes me so long👀 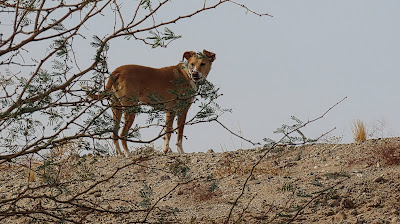 We turned left to the east at the canal and followed it.  The wall goes on forever. 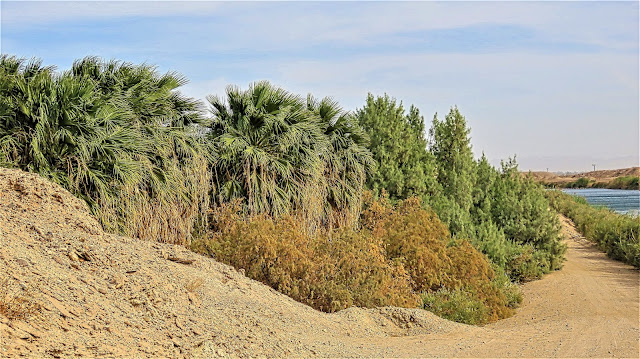 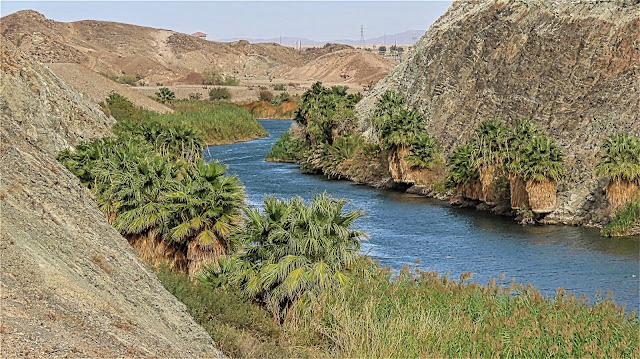 As the river started turning north, the beauty of the Colorado River came back to life.

We took the canal road to the west but soon came to a fence so that ended that ride. 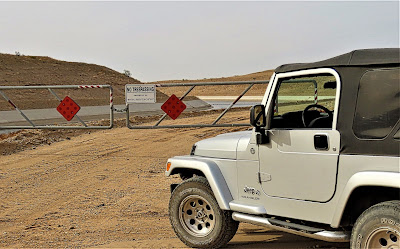 All done in about two hours.  Heading back home through the tall power towers towards the dunes.

With the wind blowing, Yuma and I laid down on the bed to rest and before I knew it, it was going on 4 o'clock.
It's now dark and the wind is still blowing outside.  I started my blog early before dinner, so I'd better finish up and get dinner going.  It's already 6 o'clock.
See you later.
Posted by Doug Laning at 8:16 PM