This morning I tried not to think about Pacific Time and got up at my 8 o'clock Mountain Time.  It was partly cloudy but calling for clear skies later with a high of 75.

Not sure what I was expecting but my batteries were at 12.3 volts and 70% full.  This was just lights, inverter and fridge.  No TV last night.  We'll see as time goes on how it works out.

Last evening I had the door open and Yuma saw something out the front window and bolted out the door after it.  Scared me!  Don't like him running off after dark.  He barked a little and I called for him.  Just a short time later he came back no worse for wear.  From now on the door is closed after dark.

This morning while making coffee and crackers, Yuma started barking and I looked where he was looking and could see one lone coyote way off in the desert.  That's probably who he saw last night.  Probably an old single coyote scavenging for food around the RVs.

Had a leisurely breakfast with no real plans except to go into Yuma for Jeep gas so I can run around the area soon.  Reason to drive ten miles into Yuma for gas is because gas just up the road here is $4 a gallon and $2.20 in Yuma.  Worth the 8 mile drive.

At 1:30 Arizona time Yuma and I unhooked the Jeep and drove into the west side of Yuma just across the bridge over the Colorado River.

Wasn't sure where I was going so took the first exit and ended up in Historic Downtown Yuma.  Decided to park and just take a short walk with Yuma around the area. 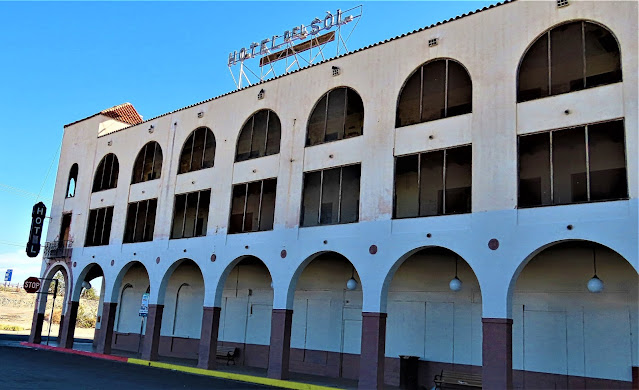 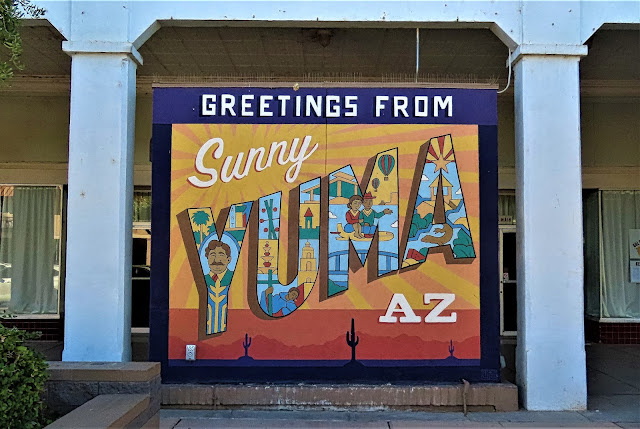 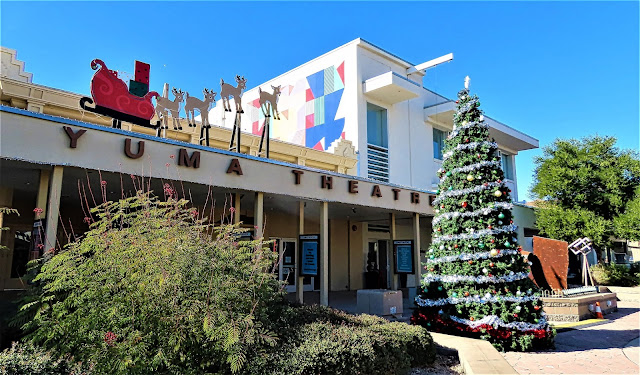 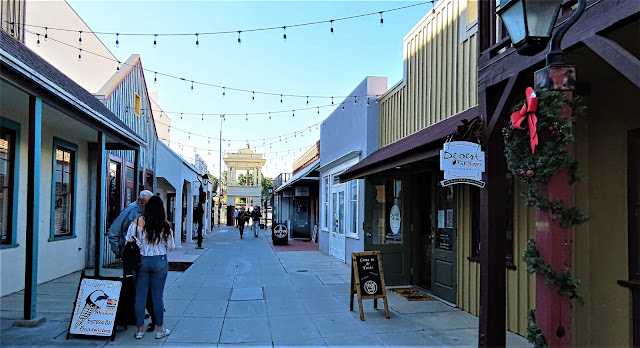 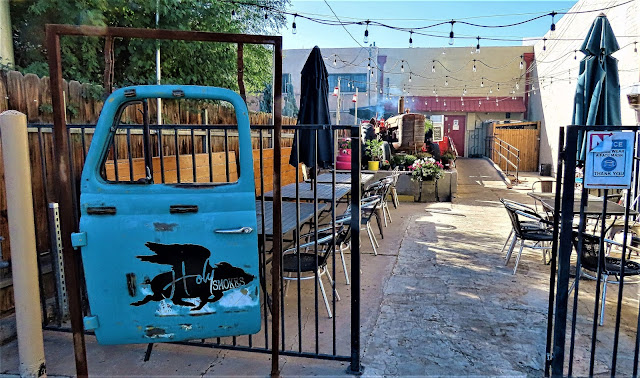 Looked like they were ready for Christmas.  After that we stopped for gas and then headed home.

Returned to the White Lion at 3 o'clock Arizona time and didn't do anything else except take short walks into the sandy desert close to home.  I did manage to setup the Dish just in case I want to watch something on TV.
Pretty much my day. See you later.
Posted by Doug Laning at 8:29 PM