It was another cool and cloudy morning, yesterday.  There was a cool wind coming out of the north, so we didn’t get out until afternoon.  The skies cleared and it warmed up, so we decided to head back down to Organ Pipe Cactus National Monument to Alamo Canyon.

The canyon is only about 25 miles south on hwy 85, so it didn’t take long to get there.  The canyon is at the southern end of the rugged Ajo Mountains, running along hwy 85.

There is a road to the left that goes three miles to a primitive campground for tents.  It does have restrooms and fire pits.  The trailhead to the canyon is at the campground.

Luckily, the trail is less than two miles round trip, so it did not wear us out.  Also, since it was already 2:30, it gave us three hours of hiking before dark. 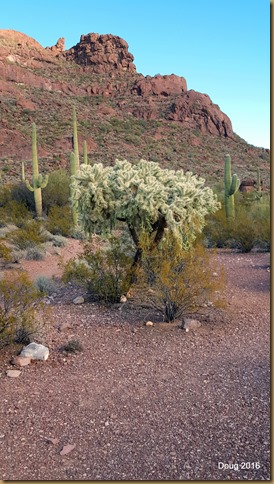 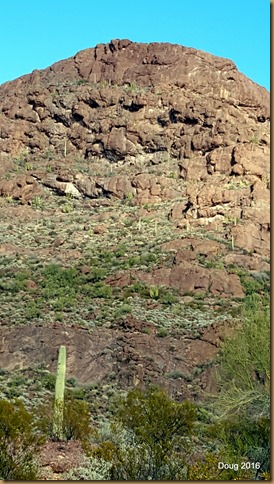 The three mile road in and the trail was once a wagon road used by Bill and Birdie Miller to get to their ranch back in the canyon at the turn of 20th century.  The venture didn’t work out for them and the ranch was later sold to the Gray Partnership.  Only the empty brick house remains and it is in dire shape. 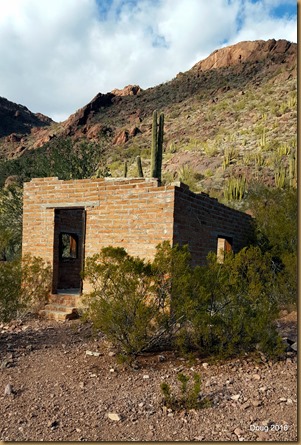 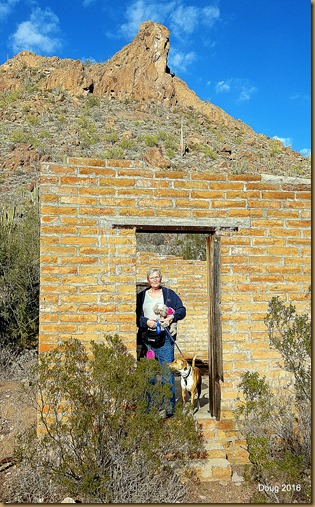 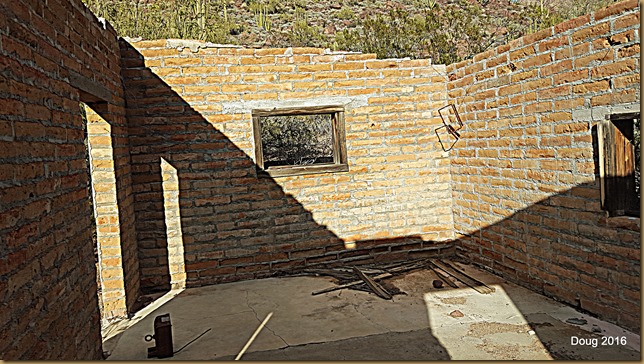 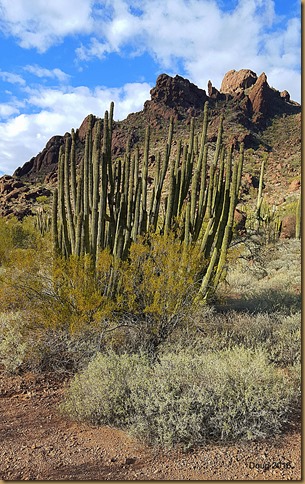 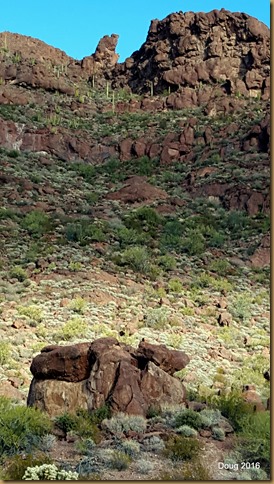 It must be fairly popular, because we ran into four couples returning from their hikes.  Because it was so late, I’m sure we were the last of the hikers for the day. 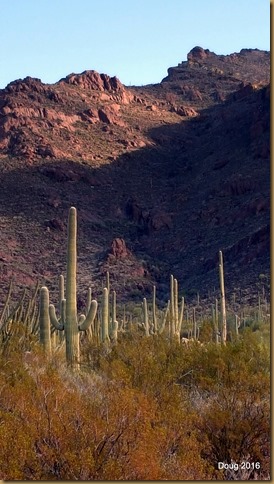 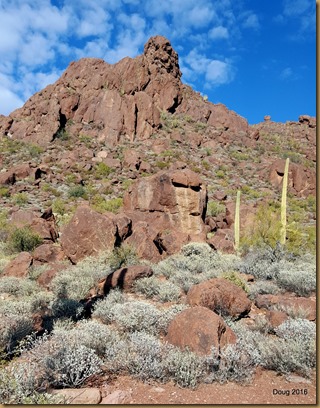 The sun was getting low in the horizon by the time we finished our hike out of the canyon.

Today, we prepared for play-off games by going to the Olsen IGA store and buying snacks for the games.

The first game was my Kansas City Chief at New England Patriots.  My team lost 27-20.  I’m out of the family football pool for this year. 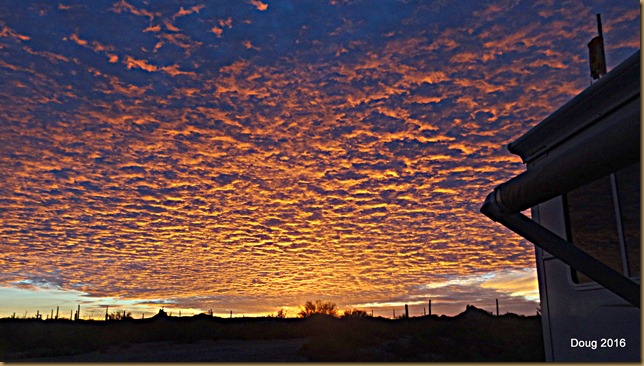