I thought I was going to take a rest day today, but after a couple of hours of resting, Yuma and I were ready to go somewhere.  It was going to be a clear day with highs near 70, so I couldn’t rest it away.

Looked on the map of the Kofa National Wildlife Refuge.  Found a road about 10 miles north of here named MST&T Road.  It deadends at the MST&T tower, but we never made it that far.

The rugged Kofa mountains along the road kept calling, so I turned towards them at the first opportunity.  It was a jeep/ATV road that went for miles along the mountains. 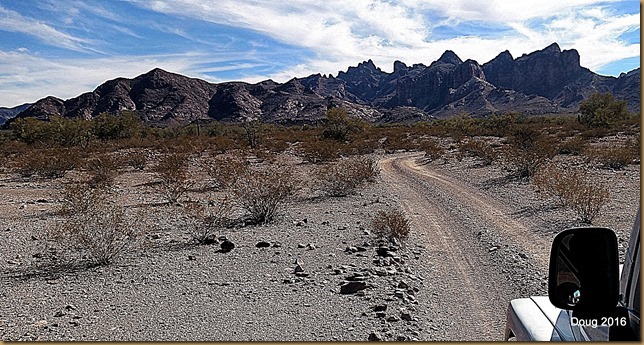 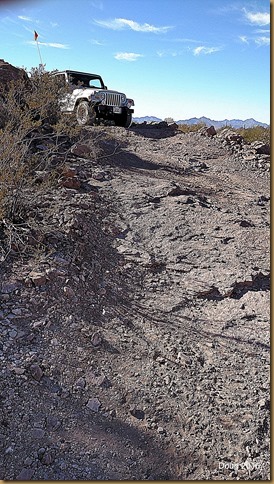 Once we got close, we stopped and Yuma and I treked across the desert to the foot of the mountains.  I was thinking as we walked, we may be the first to ever step on this exact place in these mountains. 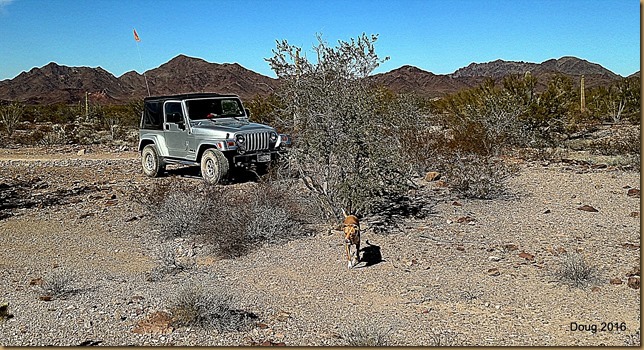 I hope you can tell from the photos just how vast and desolate this country is. 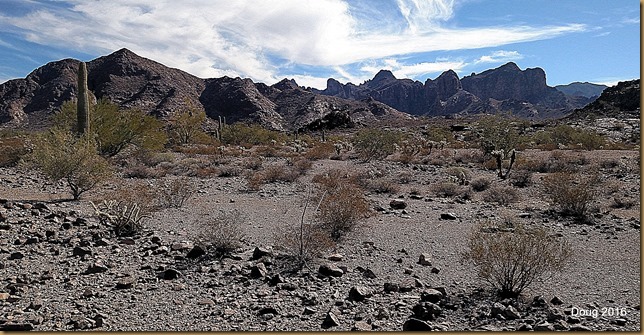 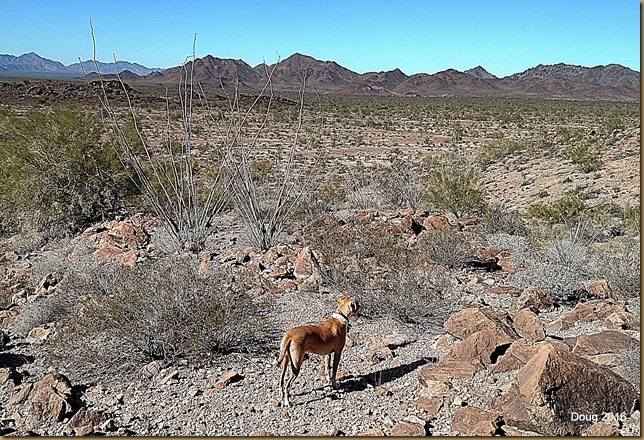 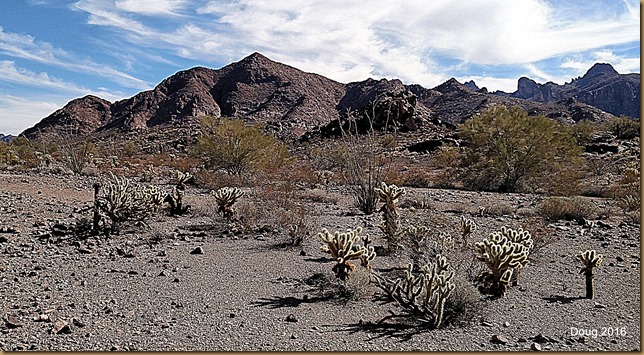 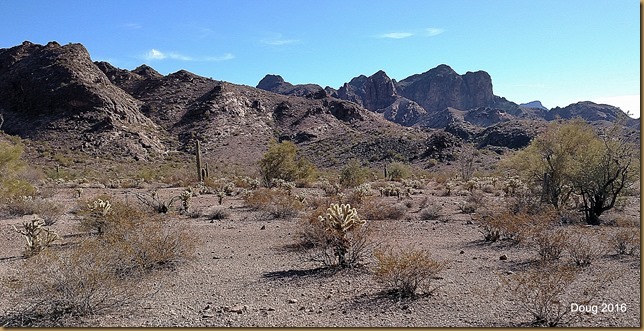 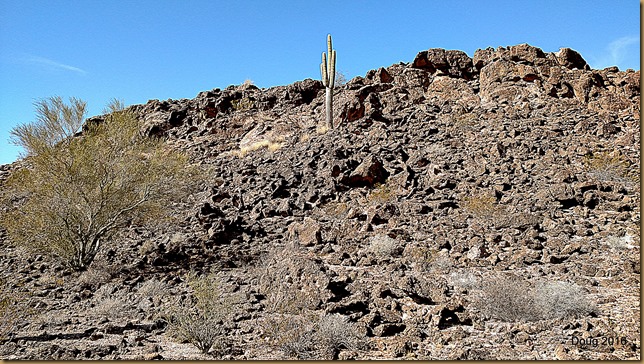 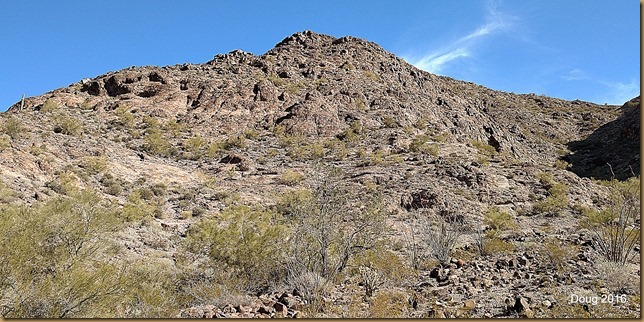 Couldn’t reach the top.  It gets so rugged and after awhile, I lose the strength to keep going up.  Knowing how hard it is to come down on those loose rocks, I just stopped and took a rest.

I know it is just photos of landscape, but to me this country is beautiful.  Just sitting on a rock resting for awhile and hearing nothing but the slight wind rustling the bushes is wonderful to me. 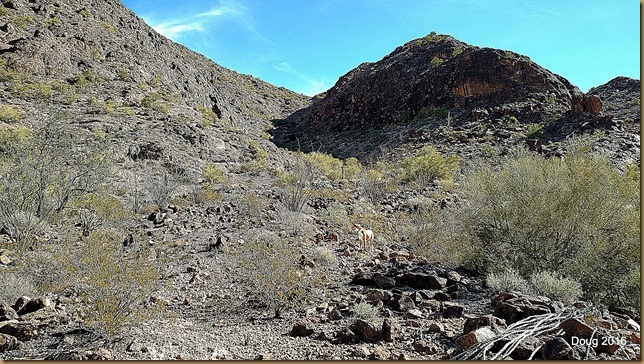 On the way back to the jeep, Yuma was having troubles getting Cholla cactus needles in his paws, so I put him on a leash and guided him through the Cholla maze.

When we were nearly out, I took his leash off and we were just getting started again, when Yuma spied a large jack rabbit.  As soon as the rabbit ran, Yuma was after it.  That rabbit must have run him through every Cholla Cactus out there.

When he came back, he was limping.  He had Cholla needles on every foot, on his front lip, and all along the sides of his body.  Poor guy.  He was miserable.  We spent a good half hour pulling them off.

Unfortunately, I think he will do it again if a rabbit runs.  He was just born to chase them.  Pain or no pain.