Visitors to our Camp

When the illegal alien came by our area yesterday afternoon, I thought that would be the last of that.  Well, I was wrong.

It was 9 PM and I was brushing my teeth and getting ready for bed, when there was a knock at the door.  Dolly turned on the light and opened the door and I was soon there to see two illegal aliens in the light asking for agua.  I knew that was water.

I quickly grabbed a gallon bottle and told them to leave.  They kept talking to me in Spanish.  After about the third stern “You must leave now”, they took the hint and disappeared into the night.  I was shocked at how brazen they were to come up to our motorhome in the dark, but they did.

We also received a text from Dolly’s brother James saying that he and his wife, Debi would be driving over from Yuma for a visit.  They are from Murfreesboro, Tennessee and are visiting their son Clay for the week.

They arrived today around noon and we met them on Darby Well Road at the entrance to our U.S. Government estate. 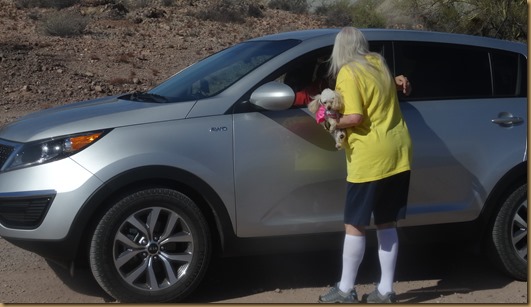 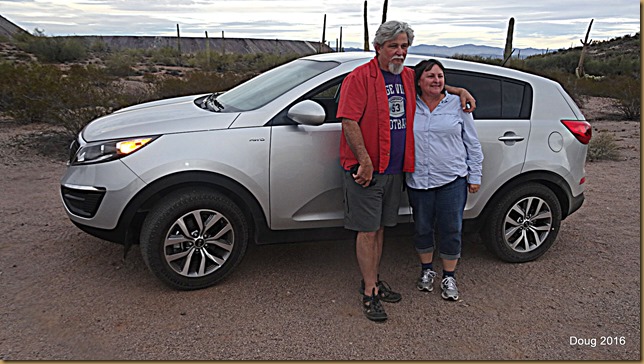 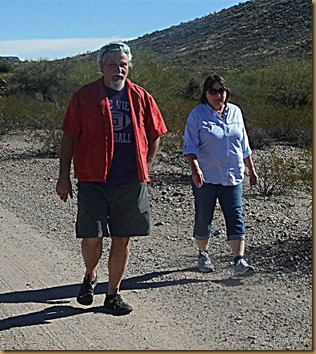 The day was sunny and warm with a light breeze.  We sat out front and talked the day away. 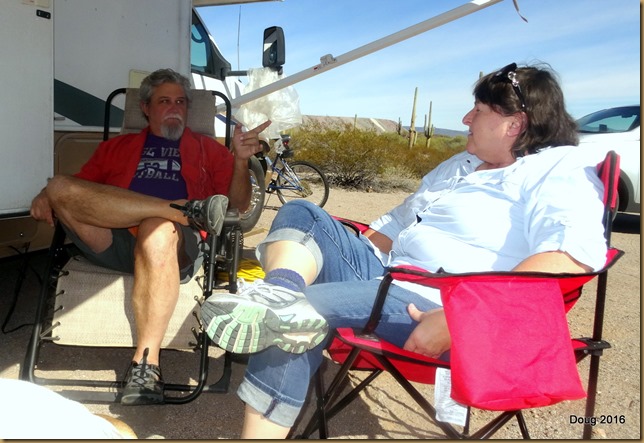 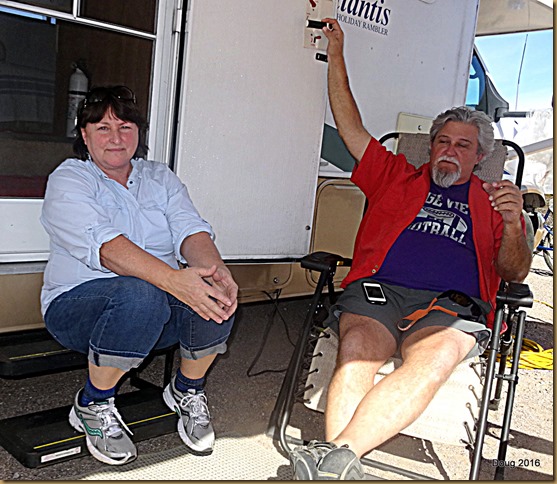 We have not seen Debi for over 20 years, and it has been three years since James stopped by our house for a visit.

Before we knew it, the air had a slight chill and the sun was getting low in the sky.  They had over a two hour drive to get back to Yuma, so we hugged and said our goodbyes.

Then they were off. 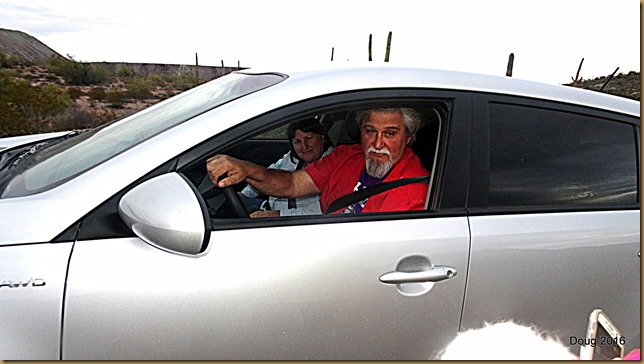 Hopefully, it won’t be so long before the next visit.