Made it to Tucson, Arizona

Yesterday, we didn’t see any action in the poison box, so I went into Walmart and bought a couple of plastic traps.  They wern’t very strong, but I hoped the mouse was small.  We set those out last night and about 11:30 P.M. I heard a racket in the kithchen and went to investigate.  There he was, trapped like a rat.  His feet were trapped and he was mad.  Didn’t think to take a photo of the little guy.  I picked up the trap and took him outside and when I opened the trap, he ran for the hills.  Dolly was glad he wasn’t hurt.  Our little stowaway is now no more.  Will leave the traps set for a few days, but I think we’re free of varmits now.

Dolly wanted to watch the football games today, so I calculated that if we left Deming, New Mexico around 6:30 A.M. Mountain Time, we could reach out destination in Tucson, Arizona by 10 A.M., because it was only 230 miles away.  The games were scheduled to start at 11 A.M.

When we  got up this morning, it was 23 degrees out.  All this way, and it’s still cold.  We did get out on time and had a nice drive on I-10.  We started out in the dark, and within an hour it was getting light enough to see the mountains in the distance.  Wasn’t long before we hit Arizona.  It was a beautiful sunny morning and the roads were excellent.  We made good time and the drive was uneventful.  The views of the mountains were pretty. 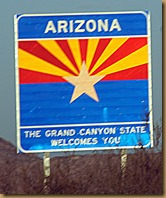 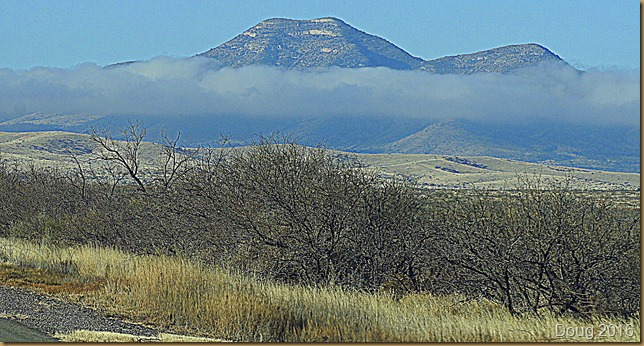 Arrived at the Casino Del Sol on the western edge of Tucson right on time.   They have a large parking area and it is empty.  Set up the TV, sent up the antenna and Dolly was a happy camper.

The day is beautiful.  Light wind and 70 degrees today.  Took several walks with the dogs while Dolly watched her football.  I think the five days on the road is catching up with me.  I am very tired today, so didn’t do much.  Just feels good to know the long driving days are over for three months.  Unfortunately, the weather goes straight down hill tomorrow.  Rain for the next five days, based on the weather forecast. 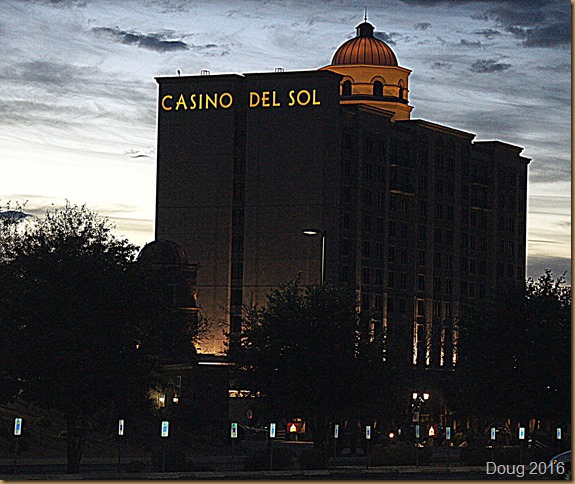 Darn, just as I was typing the last line, a mouse came out from under the sofa and jumped in and out of the water dish and back under the couch.  More work to do, I guess.

Going to bed early tonight.  We plan to stay here and rest tomorrow, then decide what to do on Tuesday.