It was a beautiful drive just west of the Ajo Mountain range. 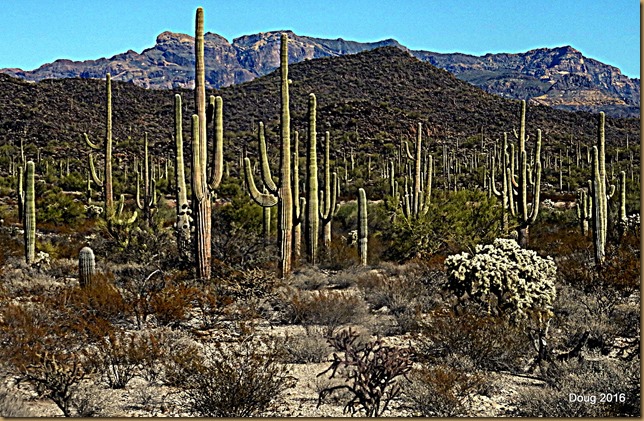 Soon we were at the visitor center to sign in.

Around 1 PM, we started our drive north out of the Kris Eggle Visitor Center. The road is the black line encircling the Puerto Blanco Mountains. 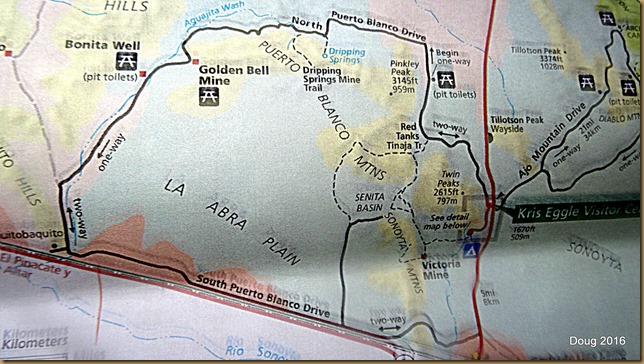 The North Puerto Blanco Drive is a two lane road, partially paved for the first five miles and then becomes a one lane dirt road recomended for high clearance vehicles.  The mountain views in this area were beautiful. 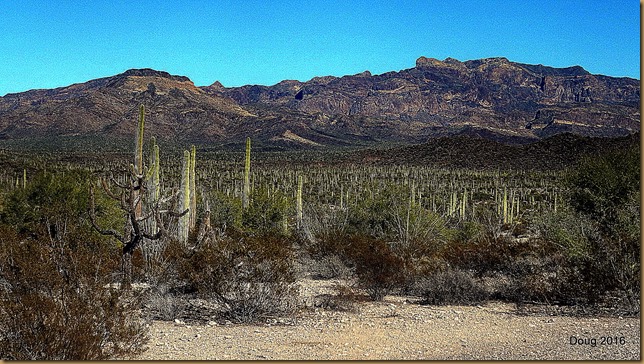 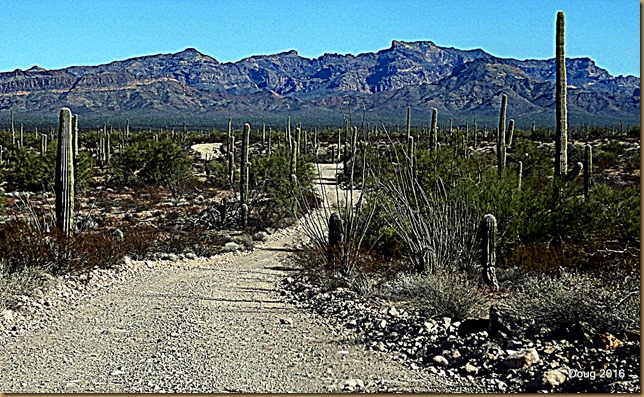 We had driven around five miles down the one-way road when we stopped to take a few photos and noticed a car coming up from behind us, so I pulled over to let them pass.

There was a woman driving and a man in the passenger seat.  They looked to to the be in their sixties.  Then things turned strange.

They didn’t get out or do anything but stop.  This went on for about a half mile with them stopping and going slowly.  Several times they slowly backed their car towards us.  By the second stop, we had backed up to make sure there was plenty of room between us.

This is remote country and both of us were getting uncomfortable with the situation.  Finally, we stopped and waited for about 10 minutes hoping they would be on their way.  After they were out of sight, we proceeded cautiously.

It wasn’t long before we could see them stopped again.  This time, one of them got out of the vehicle and the car then drove on.  We had enough.

I turned the jeep around and we drove for five miles the way we had come going the wrong way.  Fortunately, we did not encounter any vehicles.

Stopped at the visitor center and reported the event to the law enforcement there. 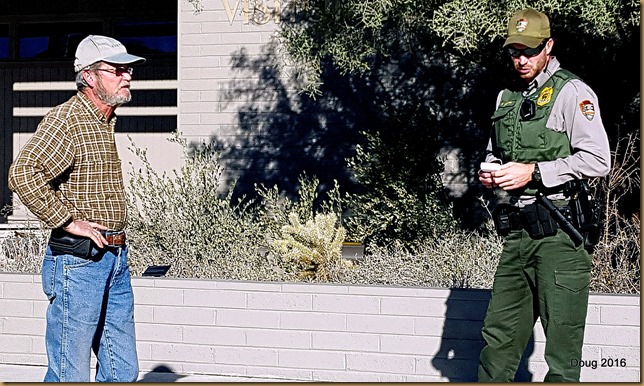 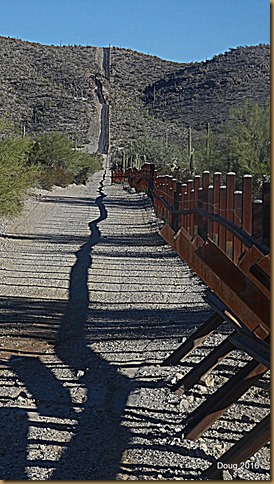 As we drove along the fence, we could see the Mexican town of Sonoyta on the other side.  There is a nice highway running along the border on their side.  They probably look over at our dirt and rocky road and say, “Those Gringos must be poor.  They cannot afford to pave their roads.”

The spring looked like a small lake with reeds around it.  We got there just as the sun was getting low to the west and it looked beautiful. 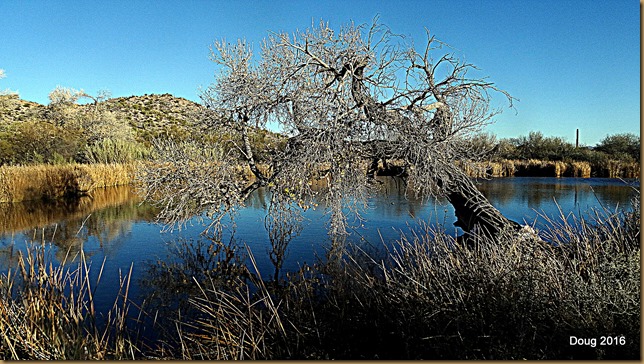 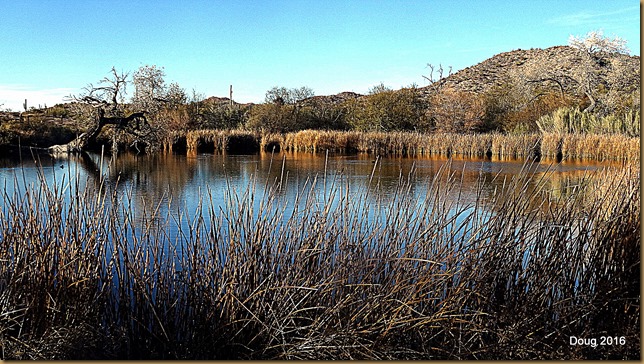 By the time we got back to camp, the sun was setting.  It was a long day and we were all tired.