Quiet and peaceful night.  After breakfast this morning, all of us took a trip into Ajo to the Olsen IGA to do a little shopping.  We went early, because today is football play-off day.

Returned home around 12:30 and I pulled out the small 2000 watt Champion generator just in case we needed it for the  many hours of TV today.  Checked the oil, filled it with gas and tested it out to make sure it would start, and it did.  Ran fine.

It was such a sunny and nice day, the 100 watt solar panel did a great job of running the Dish receiver and small TV that I didn’t need to use the generator.

The Houston Texans hosted the Kansas City Chiefs for the first game of the day.  I have KC in our family football pool and Evan has the Texans.  The Chiefs beat the Texans 30-0.  My first step to the superbowl is complete.

Took Yuma for a walk through a large wash south of camp several times during the afternoon.  He saw a large jack rabbit with huge ears and long legs running through the brush and he was off.  He loves chasing rabbits, but they always outsmart him. 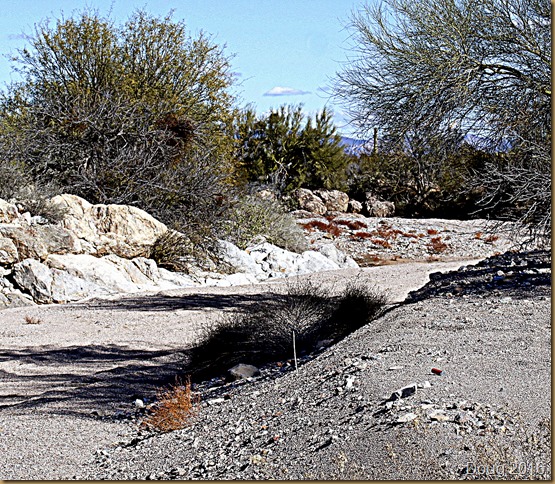 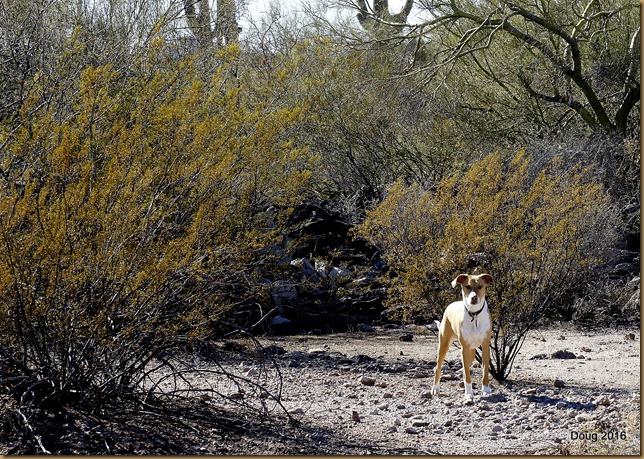 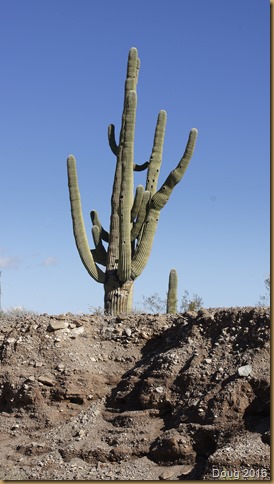 I saw our friend the coyote when I stepped out of the rig this morning but did not see him this evening.  Maybe tomorrow.

A few days ago, I mentioned that another mouse was in the RV, but since that sighting, we have not heard nor seen any evidence of the little critter.  Maybe when he saw me and fell in the dog’s water dish, he left. 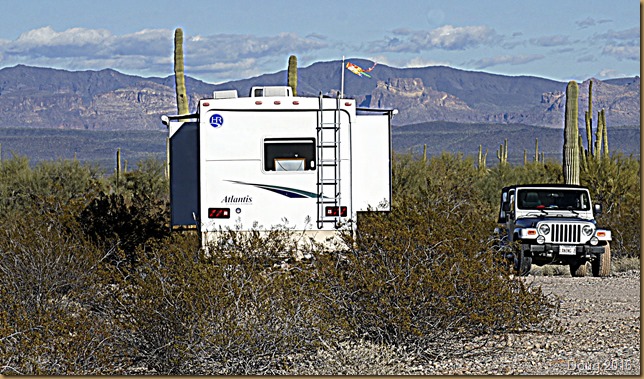