Yesterday, Dolly and I stayed home and watched the football play-offs.  Arizona beat the Greenbay Packers in a squeaker in overtime, 26-20.  Dolly’s team, Denver barely beat Pittsburgh by 27-20.

This morning started out with clouds and remained mostly cloudy all day.  However, the temperature got to a nice 67 degrees.

I have been taking evening sunset photos of a rock formation and decided to get a closer look. 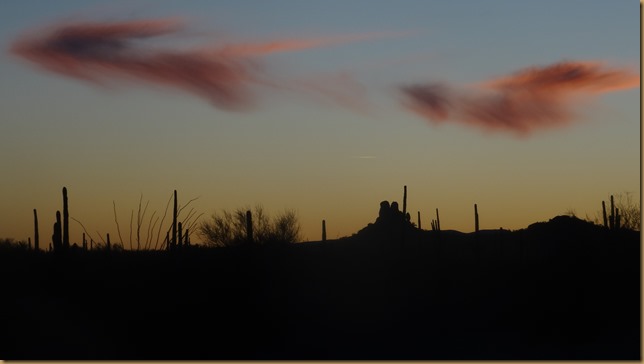 Sometime after noon, Yuma and I took the jeep and headed to the large rock formation about three miles west of here for a closer look. 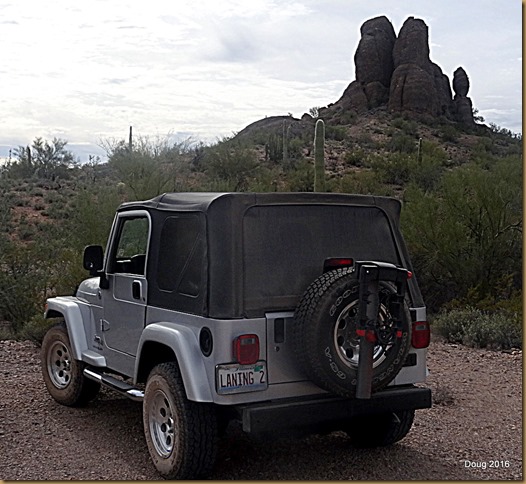 Once I started climbing, I found that it was difficult because of all the loose gravel.  I had to use all fours like Yuma to climb sections of it.  It was easy for Yuma.  He had to wait for me. 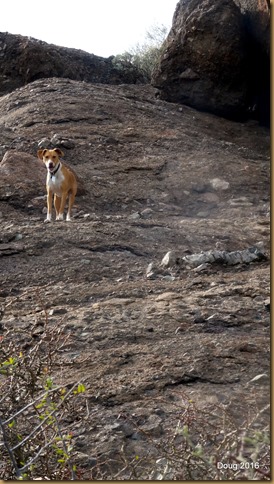 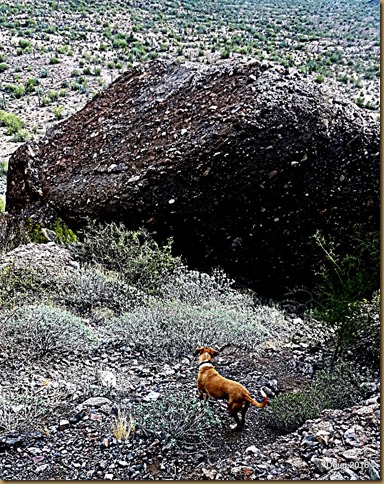 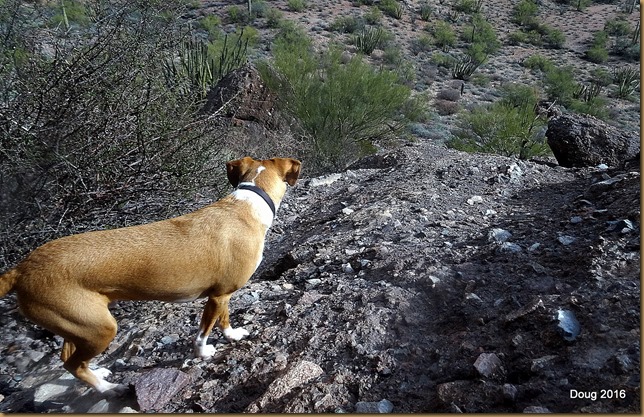 The front facade that faces east is fairly sheer and I could not climb it; but, when I walked around to the west side, It consisted of many rocks that we could manage.  These lead to the top large boulders that are seen from the east. 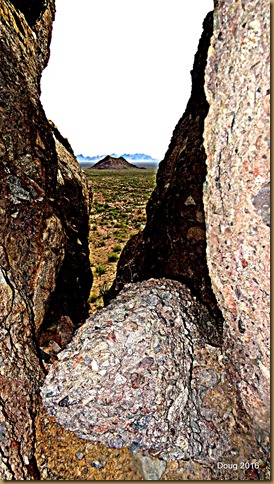 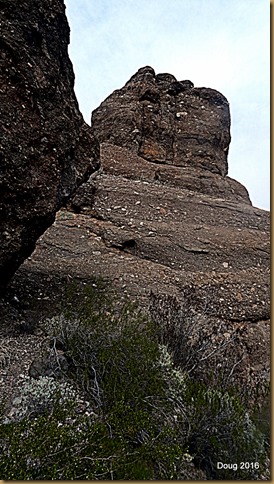 Photos of my view high on my perch in the rock formation.  The view was amazing, even on a mostly cloudy day.  Sure is vast out here. 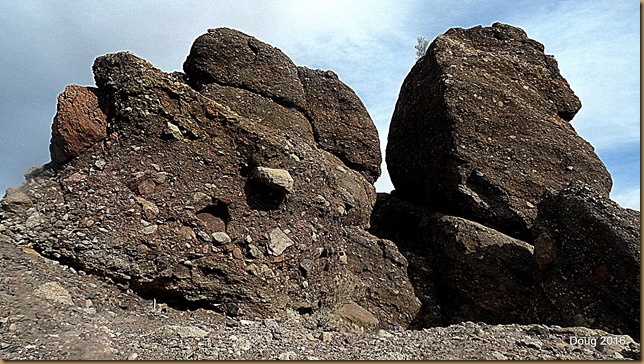 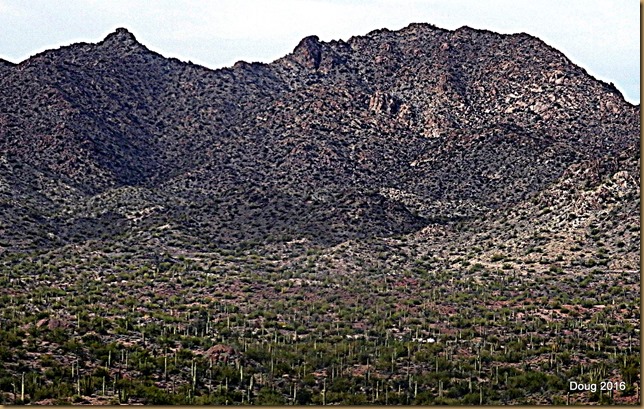 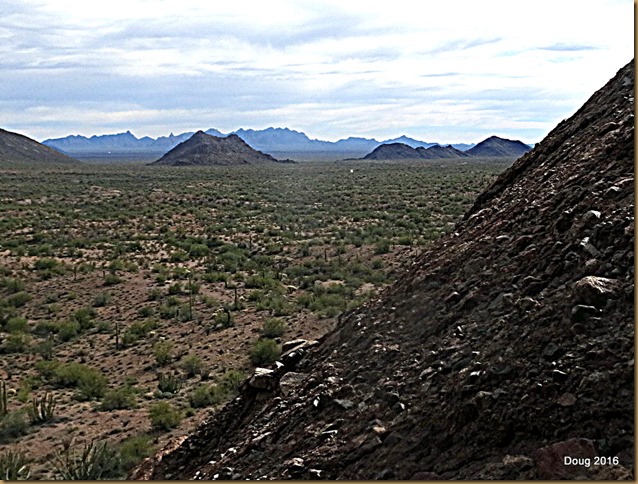 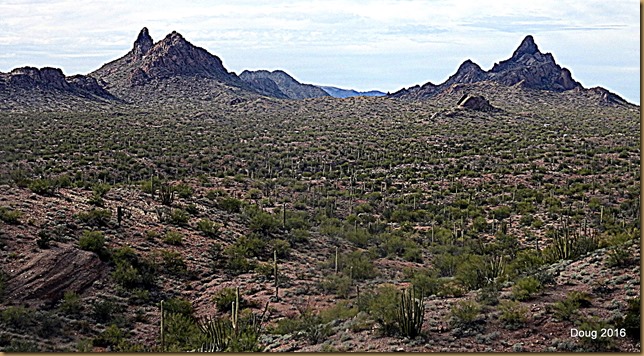 You can see the jeep below in the center behind the Saguaro cactus if you look carefully.  Our camp is somewhere behind the jeep near the top. 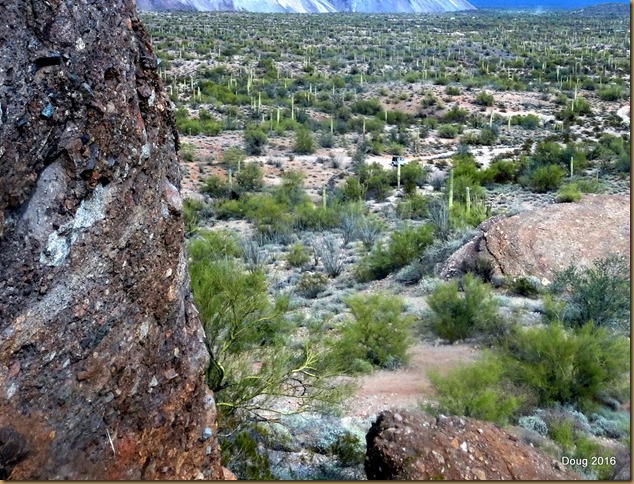 There was alot of evidence that illegal aliens had been camping in the rocks.  I found a backpack and two water bottles.   The bottles were still half full.

Nothing but two blankets, some old clothes and food in the backpack.  No drugs. 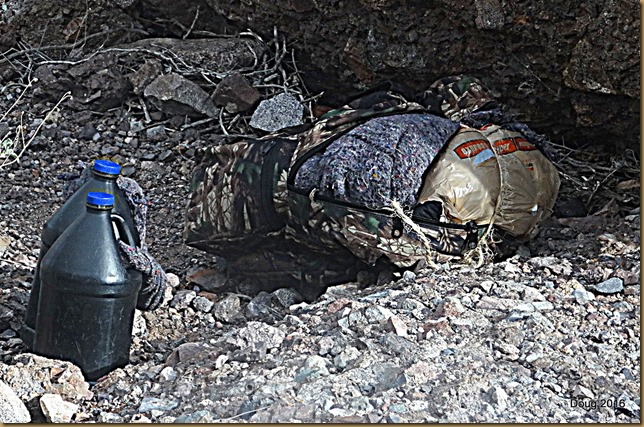 Also, found a torn up jacket with the slogan “Power of Will”. 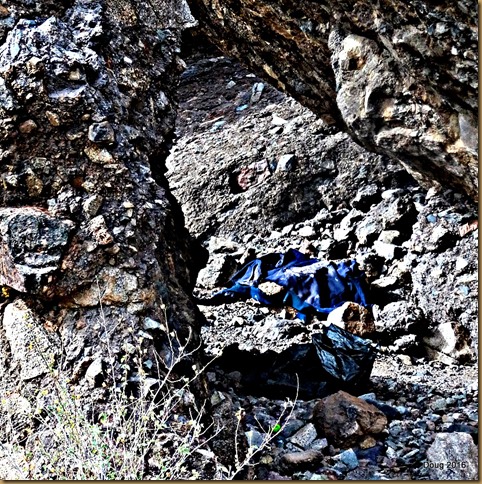 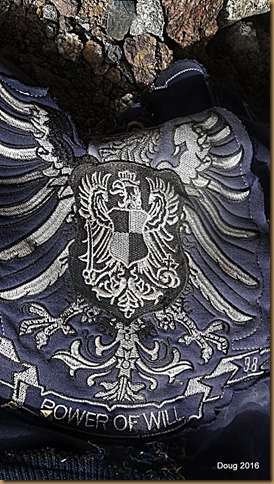 On the way to the rock formation, I passed an illegal alien walking down the dirt road.  Wonder if the backpack and water was his.

When I returned to camp, the camper behind us came over to tell us that an illegal alien had stopped by her camper and asked for water and wanted to know how far it was to Ajo.  She gave him a gallon of water and he was on his way.

She is alone in the camper and needless to say, she was frightened.  They normally shy away from people while moving through the desert.  This young man was just walking down the road.