After dinner last night, I decided to run the generator for awhile to charge phones and my computer, so went to the cab and pushed the button – and nothing.  The little green light on the switch was on but no starting.  Decided not to worry about it and just used my invertor instead and got things charged, but I knew there was a worry time coming; just not New Year’s Eve.

We slept in till 7:30 A.M. this morning, and that felt good.  The tempature was 33 this morning with a cold northeast wind.  Did a little shopping to get some mice poison.  We have a pesky mouse in here and for the last two nights he has been getting into stuff and making small, annoying noises.  His free travel is coming to a horrible end and I hope soon.

Decided to try the generator one more time, and when I pushed the button, it started right up.  What a lucky duck I am.  Won’t have to go to an RV repair shop in Yuma after all. 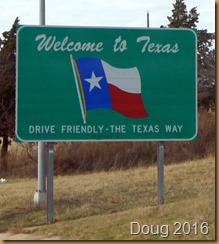 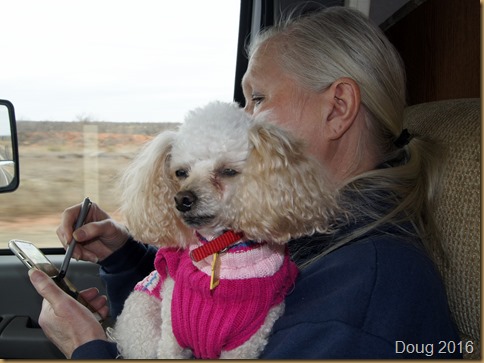 At Sweetwater, we went west on I-20 to Midland, the home of President George W. and Laura Bush’s hometown to get gas and then on to Odessa, our stopping point for tonight.  We arrived at the Walmart around 5 P.M.. 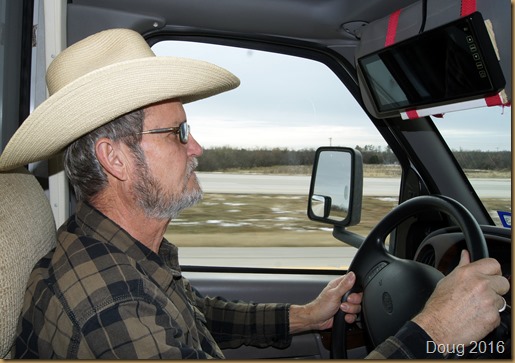 If anyone wants to go that route, all the roads were excellent and hardly any towns to slow you down.  Just be sure to get gas before leaving the outskirts of Wichita Falls, or you may do some worrying. 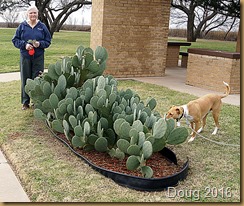 The drive was uneventful again and the scenery was not much to look at.  This part of west Texas is non-descript. 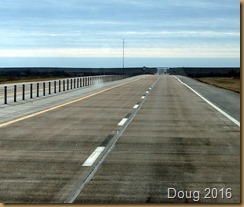