Yesterday morning started out with overcast skies and cool temperatures.  We stayed in the motorhome until about 1 PM and then the sun came out and warmed everything, so we decided to take a drive west on Darby Well Road to the cemetery.

The west side of Black Mountain. 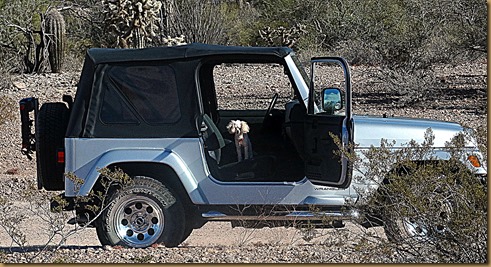 I went left at the first fork in the road, but after a couple miles, I realized I took the wrong fork.  Instead of driving all the way back and taking the other fork, I took the first jeep road going in that direction. 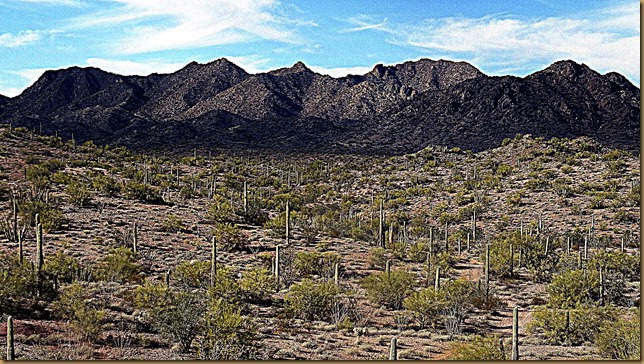 As it turned out, the jeep road was a rough one.  It went into the hills and as we came over one rise, we could see the whole Valley of the Ajo.  The day was clear and we could see all around us. 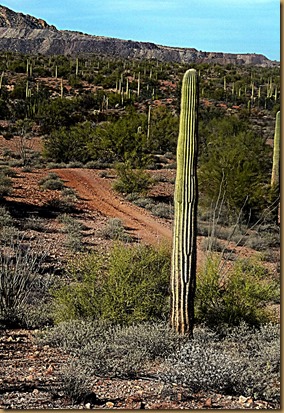 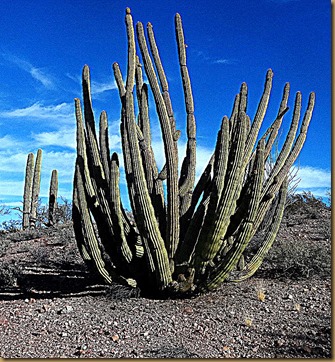 Tailings from the Ajo Open Pit Mine in the background.

Fergie and Yuma sniffing around. 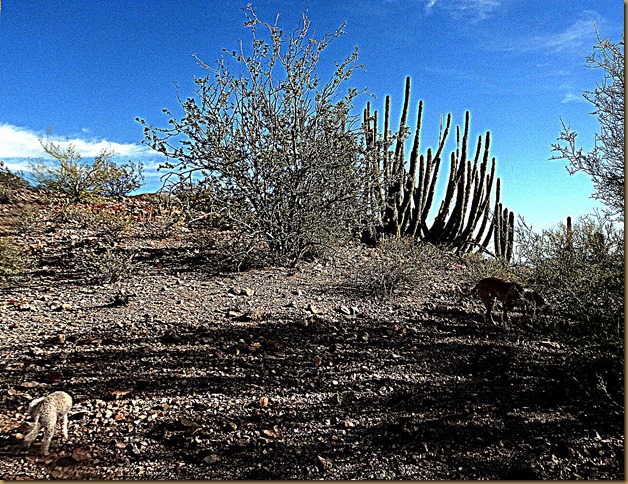 After walking around and taking photos, we kept going for the Scenic Drive Road.  The road kept getting more narrow and there were many large and small washes.  Finally, when trying to cross a small wash with a steep incline, we got stuck.  Solved it by putting the jeep in four-wheel drive.  Pulled us out of the sand and up the incline with no problem.  First time I’ve had to use the four-wheel drive this year. 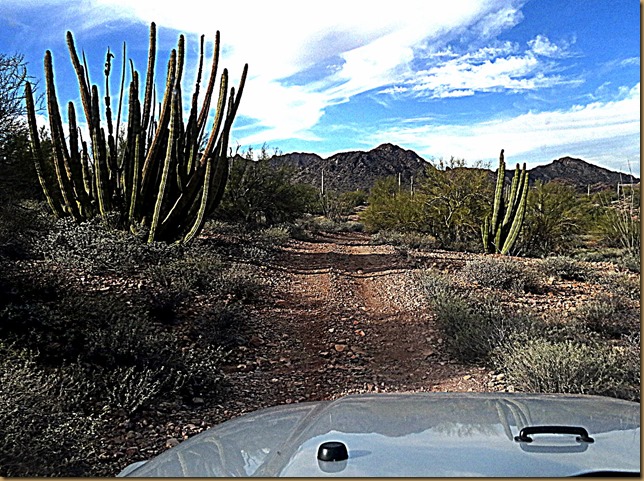 Just before reaching the road, we passed a group camping way back in the bush.  I think they were shocked when we came out of the brush and passed their camp.  We were soon at the road.

Soon, I came to the fork in the road I thought I had taken before and went to the left on W. Alley Road and arrived at the cemetery.

The cemetery is old but is still being used.  Most of the names we read were Mexican, but I’m sure there are Indians here too.  Most of the grave sites only had white crosses without names. 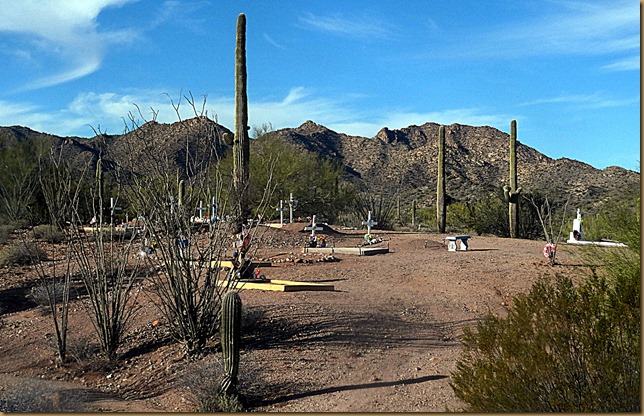 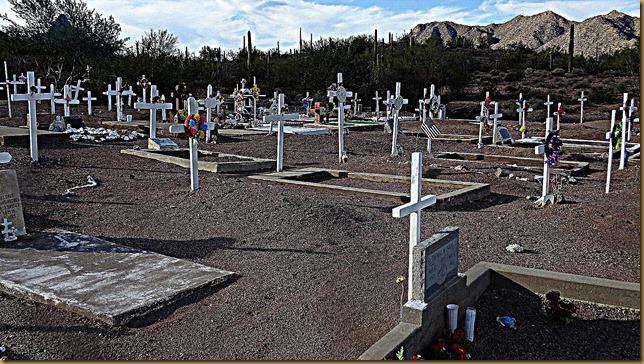